4 Reasons Why Surge Protection Is Essential for Security Applications

The best way to prevent damage from an electrical surge, whether it be internally or externally caused, is to install surge protectors.

Repeated surges degrade equipment, which shortens lifespan and increases the number of glitches.

It’s a little startling to realize that any facility’s entire investment in security, life-safety and surveillance systems technology can be disabled or rendered useless in a few seconds without surge protection solutions in place.

In addition to leaving facilities unprotected against security risks the cost can be substantial, potentially reaching into the millions of dollars depending on the severity of the disruption and the size of the systems affected.

Although surge protection is both inexpensive and easy to deploy, a common misconception that devices are only at risk during extreme weather keeps many organizations from recognizing the seriousness of the risk.

However, the truth is that power surges can be internally or externally caused, and they can happen at any time without warning.

The best way to prevent damage from an electrical surge, whether it be internally or externally caused, is to install surge protectors. Here are four reasons why:

No. 1) Surge protectors help safeguard devices from power spikes or surges — There are two types of situations where surge suppression devices are necessary to protect equipment. The first is a power spike, which occurs when electrical current suddenly rises for a short period of time, often less than a thousandth of a second.

The second situation, which is more severe, occurs when there is a power surge. These can result from numerous different sources including faulty wiring, lightning strikes or a sudden change in electrical current; for example, when devices are turned on or off. Spikes can also easily enter data/telecom lines (i.e. phone, cable or satellite systems, local area networks(LANs, etc.) just as they can electric power lines.

The simple implementation of surge protectors, regardless of the source location, safeguards against over-voltage being absorbed by life-safety and security devices so they continue operating as intended without interruption.

A power strip is essentially an extension cord with multiple plug receptacles. When multiple devices with high voltage requirements are plugged into a single power strip, they pose a potential fire hazard and can stop working without warning. A surge protector prevents power surges from damaging equipment by diverting excess voltage to ground. The two can look similar, but they perform two very different functions.

Confusing the two products can result in thousands of dollars in damages, so it’s worth checking to make sure you’re actually protecting your end customers’ systems and equipment with surge protectors.

Related: The Perils of Neglecting Security Systems Maintenance and Why You Should Care

No. 3) The bigger the system, the more protection you need — To ensure system reliability, surge protection needs to be an integral element of the planning and design of a life safety or security system and not just an afterthought. This is particularly true for larger and more complex systems; not only do larger systems place more connected equipment at risk, but they also create more potential entry points for damaging electrical surges.

Surge protectors are designed for specific voltage levels and circuit configurations and a surge current rating typically determines its level of protection. It’s important to note that simply having a surge protector doesn’t guarantee the safety of your installation’s equipment.

The surge protector needs to be strong enough to handle the regular surges and spikes in the application, and placed in accordance with code and best practices. Guidelines established by the National Lightning Safety Institute state, “Only surge protection that is properly sized and grounded can be successful in preventing equipment damage. For maximum protection, surge protection devices should be installed as close to the protected equipment as possible, and cable lengths should be as short and straight as possible to minimize the resistive path of the circuit to ground.”

No. 4) Surge protectors provide great ROI — Calculating ROI based on something that doesn’t happen has been one of the professional security industry’s biggest challenges. However, power surges and spikes happen every day, and we have seen many documented instances where power surges have destroyed valuable equipment.

Loss of security, surveillance and life safety system operations is costly on many levels including equipment costs, manpower costs, liability vulnerabilities, and possibly compliance issues which can force businesses to actually cease operations.

Insurance may cover the cost of repairing material damage to the system but the downtime is often not covered by insurance and can quickly surpass the cost of surge protection devices or the cost of the damaged equipment. In one instance, a power surge forced an unprotected Orlando resort to maintain a “fire watch”, meaning a fire truck was permanently stationed in their main parking area.

The final price tag of the damage was $320,000.00 and 17 days of interrupted operations. An $8,000.00 investment in surge protection on the resort’s fire alarm, power and network systems ensured the problem would not be repeated.

While most power surges go unnoticed, they remain dangerous for systems. Repeated surges degrade equipment, which shortens lifespan and increases the number of glitches. Without proper surge protection, this gradual degradation decreases the life of every piece of connected equipment, a situation which can be extremely costly on an ongoing basis.

Surge protection that is properly sized and installed is an extremely successful method for preventing damage to electrical and sensitive electronic equipment — and one that is essential for protecting security, life safety and surveillance systems. 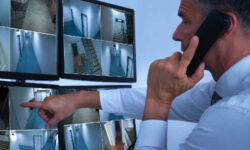 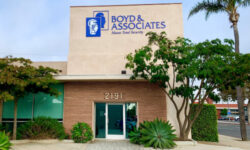 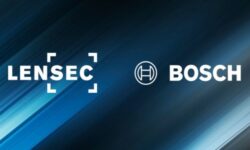 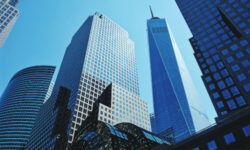