After adopting the Georgia Association of Chiefs of Police model alarm ordinance, the department reduced its alarm calls by 56.9% over a 4-year period. 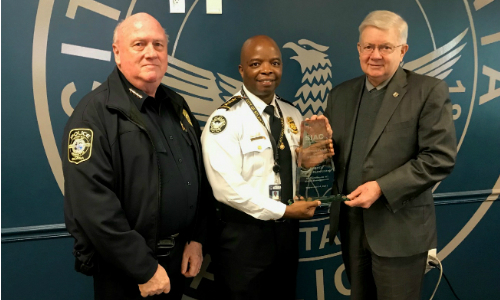 The Atlanta PD, using the Georgia Association of Chiefs of Police (GACP) model alarm ordinance, reduced its alarm calls by 56.9% over a four-year period. In doing so the department cut alarm dispatches from 65,000 calls annually to 28,000 — a reduction of 37,000 calls, netting 11.74 officers.

The award was presented to the Atlanta PD in December by Chief Dan Flynn of the Marietta, Ga., Police Department and Chair of the GACP Alarm Management Committee, along with SIAC National Law Enforcement Liaison Glen Mowrey.

“The reduction in alarm dispatches is significant for us and allows our officers to engage in additional community and crime prevention initiatives,” says Atlanta Police Chief Erika Shields.

“We’ve worked with the alarm industry through the GACP’s Alarm Management Committee in developing our alarm program, and we look forward to our continued partnership with the committee and the industry in achieving greater results in the future.”

Chief Flynn commented, “The Atlanta Police Department, being the major law enforcement agency in the state, is an excellent example of developing an effective alarm reduction program, and the committee commends Chief Shields and their leadership.” 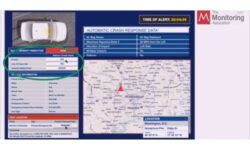