Top executives reveal what will be unleashed in 2017, and how the 143-year-old firm is pacing the industry’s most advanced new products and services.

Already far and away security's residential and small business leader when it was acquired by Protection 1's owners last year, ADT has been ramping up ever since.

To say discussion, phone conversations, texts, emails, social media and any other means of communication were abuzz when news broke last year that ADT was being acquired and by the owners of Protection 1 would be like saying New England Patriots fans were pleased at the conclusion of Super Bowl LI – in other words, it’s an understatement.

Both events were historic and involved two of the most storied franchises in their respective pursuits; in ADT’s case it was a $7 billion deal for the electronic security industry’s largest company and most iconic brand.

As the shockwaves rippled through the industry the past year, new owners Apollo Global Management – which had also acquired highly regarded ASG Security and its $10 million of RMR in 2015 – appointed Protection 1 CEO and SSI Industry Hall of Famer Tim Whall as CEO of the new combined security installation and monitored services behemoth.

Whall was celebrated for aggressively growing P1 the past several years by targeting customer service with the ferocity of Tom Brady’s competitive spirit and by expanding into national accounts and integrated systems.

The upshot is an entity serving more than 7 million customers through 20,000 employees in nearly 300 locations throughout the United States and Canada.

Although many operational changes will not commence until after the companies are legally merged on April 1 and the Protection 1 brand is expected to endure for some time on the large commercial and national accounts side of the business, we are nevertheless on the brink of experiencing the full magnitude of the new ADT.

What will that look like and mean for the industry and marketplace? SSI was determined to find out and spoke with ADT Chief Marketing Officer Jamie Haenggi and Senior Vice President of Emerging Markets Jay Darfler to ascertain those answers along with insights about the firm’s Pulse, Canopy and other offerings.

Being fresh off the CES show that sets the technology tone for the year insofar as residential, what were your takeaways?

JAY DARFLER: This CES was the first time a real acknowledgement came from the folks on the home automation side that security is pulling this industry through.

There’s been a long desire for the home automation side to be the lead but the practical reality is security is driving the industry.

While I think traditional alarm companies like ADT are a big part of that, when you look at some of the startups that are succeeding in comparison to those that aren’t, they’re all coming at home automation with a security story or security use case.

So for me the headline is that security as a theme is what’s driving home automation.

With security moving to the forefront, which is great for all of us, a number of announcements came from ADT. Can you summarize them and why they’re noteworthy?

DARFLER: There are a number of things happening for us on the monitoring-on-demand space integrations with our Canopy platform.

One is the LG Smart Security all-in-one device, which for ADT is our first attempt to deploy monitoring-on-demand services into a secure all-in-one that can operate as a full home automation hub as well. There were a number of other partnerships, Samsung on the smartwatch side.

That’s our first step down a wearable’s path that we think will be pretty robust for us and the industry. We also had announcements with Netgear on the Arlo camera line and Glympse as well on personal tracking and location.

Those also relate to integrating with the Canopy platform to deliver a monitoring-on-demand-type security service. We also announced integration of Amazon Alexa with ADT’s Pulse system.

It’s the first integration of Alexa with a security provider that allows customers to not only control smart home features but also take advantage of security features – sensitive security features like a disarm function via a secure four-digit PIN verbally communicated.

It’s something our customers have been asking about for a while. Our last announcement at CES was ADT Anywhere, which is a personal and family safety service package.

It’s our first offering designed to be consumed and provide that peace of mind entirely outside of the home. And frankly, it can be purchased by a consumer whether or not they have a traditional security system from us.

You’ll hear a lot more about this as we get closer to the launch this summer. But on a high level, think of an OnStar in your pocket, that kind of a business model.

Let’s talk about last year’s big acquisition, which is effectively a merger of Protection 1 and ADT. How is that integration going? What’s different about ADT today than it was a year ago?

JAMIE HAENGGI: We’re really just coming into the full integration. Obviously, there’s been a lot of work, and what I would call more groundwork done in this space.

Getting the leadership team in place, aligning on understanding practices across both companies, laying out our IT integration plan, and there’s a tremendous amount of heavy lifting that [ADT CIO] Don Young and his team have been laying out.

We’ve still been operating as different companies and we won’t legally be one entity until April 1. That’s really where we’ll start to bring more of the channels together. We’ll be converting all of our employees into the ADT HR system.

We kind of call it HR Day 1, and then we’ll be integrating our sales channels. We’ll be operating with the commercial and national account team still under the Protection 1 brand as we migrate ADT commercial and ADT residential under the ADT brand.

Well known for their security industry success, most recently as executives for Protection 1 prior to the merger, Jamie Haenggi (top) and SSI Industry Hall of Famer Tim Whall (bottom) are among those leading the new ADT. Relative newcomer Jay Darfler, left in middle photo, is an ADT senior V.P.

What value does each brand bring to the other? How is ADT making those from P1 better? How is P1 enhancing ADT?

HAENGGI: We have this internal campaign called “Better Together” and we just brought all of our leaders together at our leadership meeting in Dallas last week. We talked about how it’s not just a slogan; it is iron sharpening iron.

What you’ll see is [ADT CEO] Tim Whall’s historic leadership style, with maniacal focus on operational excellence and customer experience. You’re going to see that brought to an organization that has a great reputation in the marketplace.

You’ll see a tremendous attention to detail that will really crisp and sharpen up that customer experience. You’ve got that coupled with the ADT brand. I think we’re going to transform what a big brand in the security space means as you think about customer experience.

Here’s something you probably never thought you’d hear ADT saying: Yesterday, we answered 99-point-something percent of calls within 60 seconds. There were about 80 calls among more than 50,000 we took that waited longer than one minute.

That has been such a drumbeat of Protection 1: one ring, a live person answers the phone. Another thing that’s different, you go back to May 1, when we first got here. There
were about 42,000 installation service calls or service calls waiting to be serviced.

That’s about a seven-day backlog. Today that’s down to 10,000, so we’re almost delivering sameday service, and we’ll continue to beat on that and organize operations such that we can deliver on the promise of sameday service.

I’m here to tell you without a doubt you can deliver operational excellence at a company the size of ADT. We’re starting to do it, and see it, and the employees are excited by it.

Is the P1 brand going to continue on the national commercial accounts or is it all going to become ADT?

HAENGGI: Eventually we will likely get to one brand, but we will probably continue for the foreseeable future as Protection 1, with ADT next to it. You’ll see us in the marketplace as Protection 1 ADT in the national account space.

Insofar as there’s a lot of customers out there that think they have ADT that aren’t experiencing such a high level of quality service in the national account space, but are actually owned by a different company starting with a “T” and ending with a “co,” we want to establish the footprint as this is ADT Protection 1, and then migrate to an ADT brand.

How will ADT’s Authorized Dealer program be affected by these changes?

HAENGGI: ADT has a powerful brand and there’s opportunity to continue to leverage dealers across the country to give us that broader footprint.

There’s still the same vetting process. It’s not about saturation; it’s about making sure we have gaps filled with high-quality dealers in the marketplace.

Another thing we’ll be looking at is acquisition opportunities. There’s a lot of commercial companies that may be smaller, regional in size, that present an opportunity for us to broaden our commercial footprint.

On the P1 side, we made a lot of strategic acquisitions that brought skillsets and leaders to the organization that helped us grow in integrated systems, national accounts and high-end commercial.

That’s one of the reasons why we brought [Senior Vice President Business Development] Joe Nuccio on, to help uncover growth opportunities. 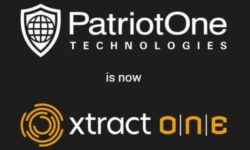