Leading thinkers from six firms serving the central station channel tackle solving top challenges, dealing with the DIY and MIY threat, and how to stand out from the crowd. 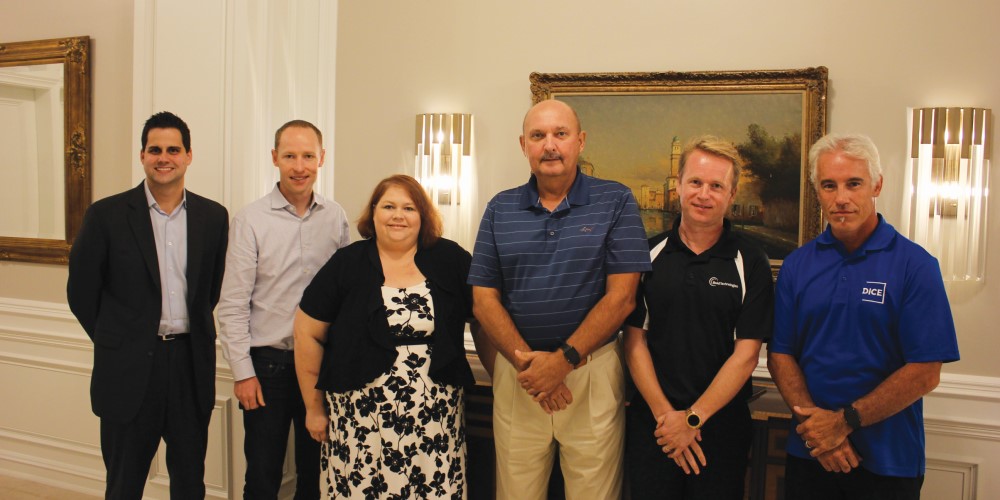 The timeworn philosophical question — If a tree falls in a forest and no one is there to hear it, does it still make a sound? — lends itself well to the security alarm industry.

If an unmonitored residential or commercial intrusion alarm system is triggered and there is no active connection to a responding central station, does it still matter?

Critically, while there is no response that could save that desolate tree, a lost voice in the wilderness of security could contribute to the loss of life, severity of injury and extent of property loss or damage.

Serving as the agent that “hears” and takes action is the lynchpin the security monitoring industry has hung its hat on for many decades. It’s a crucial role that has solidified a lucrative recurring revenue model for not only central stations but also their vendor and dealer partners.

The proliferation of an ever-expanding host of devices and services being interconnected and linked to security systems — with those control panels increasingly serving as automation hubs — has only further entrenched professional monitoring as the nexus of security-based smart homes and buildings. 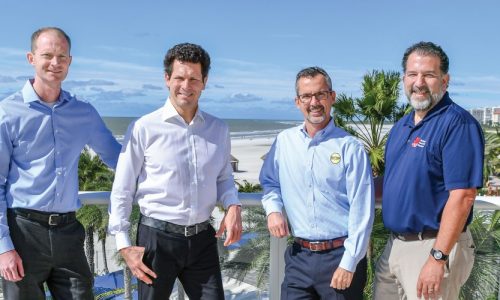 Growing adjacencies include a broad range of monitored services based on video, Cloud, environmental, medical, hosted/managed, network health and IoT technologies. Thus the monitoring spectrum has never been fuller or rifer with opportunities.

However, the industry has also never faced more challenges in the marketplace. These are disruptive times with fast-moving technology targets, an onslaught of competition that includes the world’s largest high-tech players, a bombardment of do-it-yourself (DIY) and monitor-it-yourself (MIY) options for end users, accelerated independent dealer consolidation that is shrinking the accounts universe, a dearth of qualified or even promising personnel, monthly rates margin squeeze, and operational and compliance demands.

To better assess this rocking and rolling landscape, at The Monitoring Association’s (TMA) recent annual meeting SSI gathered a half-dozen leading strategic minds representative of all facets of the security monitoring industry.

What are the top challenges facing your business, and how is your company adjusting to that? 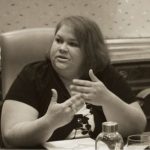 AMY BECHT: False alarms are something that we’re consistently trying to tackle. And that goes into using better technology to verify false alarms, whether we start working with AI or just making it easier for customers to report false alarms, or avoid them in the first place. We focus on false alarms because they have a ripple effect. Experiencing false alarms tends to reduce customer usage, which leads to attrition. Lower false alarm rates reduce servicing costs and lower the impact of labor requirements. By focusing on that one thing we can impact several key business metrics.

With the labor market tighter and tighter, you have to find more innovative ways to be more efficient and not disrupt the customer experience. You have to make sure that they’re still feeling well taken care of at the same time as being able to use technology in your communication with them and avoid those false alarms. 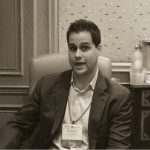 BRANDON NILES: For us, it’s dealer education — getting the tools we have from our different automation providers and letting the dealers know it’s at their fingertips, pushing them, incentivizing them to use it. The other piece is dealers getting bought out. We’ve actually gone out and approached some banks, and we’re going to create a funding program to match what some of our smaller dealers or integrators are getting from the other companies just to maintain the monitoring while we can. For the small central stations, centrals that have fewer than 200,000, like ours, those acquisitions are definitely scary. It’s the bigger guys that are going out and acquiring, the guys that have their own centrals already, so it’s definitely a concern.

Are you also finding that many of the new startup dealers coming in are looking to monitor accounts themselves using Cloud platforms?

NILES: There is a lot of that and it does hurt us as a traditional central station. Those dealers now have an affordable way to monitor themselves, so it’s about how we can partner with those guys. Maybe we do their evening monitoring, where they don’t want to have the staff. You’ve got to find those nontraditional ways to make it work.

Continuing with the top company challenges … 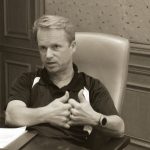 ROD COLES: This year, I sold Bold to EverCommerce and Michael Marks sold Perennial Software to EverCommerce. Why did we do that? Part of the reason is we’re a technology company. We’re a small technology company, a small software company. Some of the challenges for smaller software companies are that there’s some huge software companies. Compare Bold to Google, Bold to Amazon or Bold to Microsoft; it’s just crazy. And these are the guys that are setting the standards that we also have to live. It used to be that we just had programmers and support guys. 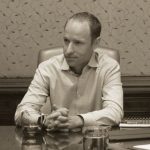 JUSTIN BAILEY: It seems like every day, there’s a different challenge we face depending on what fire’s burning. Especially in the third-party monitoring space, there’s a race to the bottom going on. Some of the big players are undervaluing the value offered by a monitoring center and the cost of the facilities, resources, etc. It’s a fascinating world where we’ve got dealer partners raising prices with their customers but they want lower costs on this side. The monitoring industry needs to be careful not to undervalue itself in a race for growth. There’s a lot of costs being in business that go beyond our core skill and what we’re selling, and we need to stop eroding that as an industry. We need to really make sure that we’re being efficient and effective, but also providing value in the chain and being properly compensated for that value in a reasonable way. 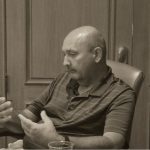 HENRY LAIK: The first challenge for us is that we don’t operate in an autonomous world. Our products are dictated by what our carrier partners do with their technology, so our product roadmap, to some extent, is wholly dependent upon what our partner is going to do with their technology the next three years, five years, 10 years. So it’s a constant struggle for us to make sure we position our products in advance of what’s happening with our partners. Fifteen, 20 years ago, there were really, for all intents and purposes, two companies doing what we do in our space.

Today, virtually every alarm panel manufacturer now has their cellular component that they’re providing. Some are under-pricing the value of the services that are offered and what it takes in terms of engineering efforts, etc., to bring that offering to the market. So we’re under constant pricing pressure on both the product and service sides.

Also, internally, our company traditionally was the hardware. We built green boards, which I’m of the opinion anybody can build. The secret sauce in your product value is the back end. It’s the propriety, it’s the artificial intelligence, it’s the Cloud service, it’s the business analytics, the Big Data. What are you doing for your customer with the data that you’re collecting, or should be collecting, because it’s right in front of your eyes? What are you doing with that data, and how can you take that data and create value for your customer?

That’s a challenge for us to shift from being almost 100% hardware focused to becoming a lot more software focused. It takes a different skillset. It takes different types of engineers that we employ. It becomes challenging to take people out of their comfort zone, and they really don’t know how to manage that side of the business. Really beefing up our backend services is a big challenge for us in the next five years. 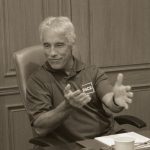 CLIFF DICE: Our challenges are networks and fiber strands. To give you a for instance, when we started hosting, we had 50 megabytes, then we went to 100 megabytes, and then we took the network to 100 gig with point to point between the centers. Then, as voice expanded, every voice call is anywhere from 84 to 87k both directions. We had to keep expanding that, and now with cameras, the average camera is 200k per second to 400k per second up to the Cloud. We are now building a 100-gig backbone network and we are pulling network interfaces, so if I’ve got clients in Utah, I’ve got to have a network meet point. I’ve got to get that data back into the Cloud center.

I might have to run it all the way to a carrier hotel in Chicago and then bridge it back to the network, and so we’re building out our network, which is actually building out our value. In some cases, we’re buying the rights to a strand of fiber, let’s say from Denver to Chicago to the carrier hotel, to connect to our network. So as we build this network out, we’re building a tremendous value in the company, but what we’re also doing is allowing the alarm industry to connect those sites. So if somebody like Acadian brings a dealer that’s got 200 stores, we can connect all 200 stores across the United States and bring those camera connections into those centers.

The challenge is keeping up and ahead of that so we don’t run out of pipe. That’s been the hardest part because we never anticipated the Cloud center growing as rapidly as it did, and taking in as much of the industry and the vendors. We are literally taking in a lot of the vendors in the alarm industry that sell to everyone because of what we’re doing ahead of them. We’re pretty happy with where we’re going, it’s just very difficult to build those routes out and gather the cable and sign the multiyear contracts when you’re doing it for what’s going to come, and you have to start paying for it right away.

Keep reading to see what these execs have to say about DIY, differentiating themselves in the marketplace and more…