A dearth of capable and congenial employees and resultant inflated wages is inspiring security integrators to refocus recruiting tactics. Find out how they are contending with that and other challenges, as well as plum opportunities in SSI’s annual exec roundtable. 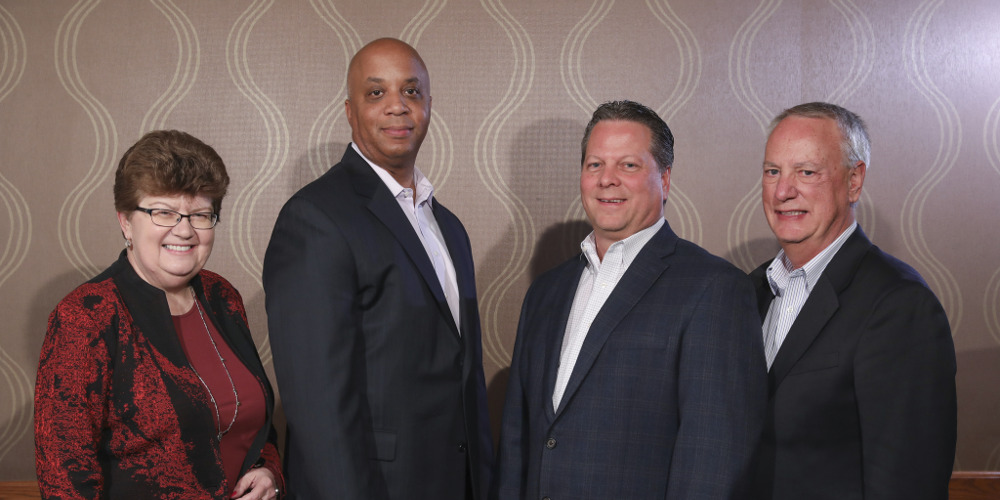 Be careful what you wish for. As the owner or operator of a security systems integration company, the notion of finding yourself with an abundance of projects and customers is typically the stuff of entrepreneurial dreams.

Rightly so as that is the underlying goal of any profitable business. However, the fantasy becoming reality can be a harsh slap in the face and sometimes an all-out disaster if that provider’s abilities and resources are overwhelmed by growth and demand.

For security integrators, that scenario is all the more challenging in an era of fast-changing technology and a shrinking, ever more expensive talent pool.

“We’ve actually contracted with an HR and headhunting company for the first time ever,” says Eva Mach, president and CEO of Pro-Tec Design, Minnetonka, Minn. “We were always able to also rely on union contractors, so there used to be such a thing as a bench. Now, there is nobody on the bench. We had to look outside and employ additional resources to be able to find people.” 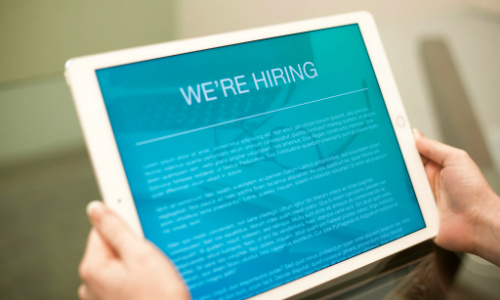 That is the type of solutions-driven fresh thinking executives at leading integration companies are having to implement in a security landscape fraught with intensified competitive hurdles. Mach was joined by three colleagues for SSI’s annual integrator leadership roundtable, once again conducted during the PSA-TEC event in Denver.

In addition to manpower maneuvers, these integration leaders discuss how 2018 is shaping up and run through a host of opportunities such as the Cloud, maintenance agreements, managed services, vertical markets, cybersecurity and much more.

As you will see, success springs from deep dives into your clients’ worlds.

What so far this year is bringing a smile to your face? 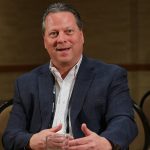 MICHAEL RUDDO: We’re in the D.C. area, so the beginning of the year for us is always kind of a low hum, as I like to say. It consistently picks up with our main verticals being federal government, higher ed and education. Their new money has either just arrived or is getting ready to arrive in some cases. It’s allowed us to not have quite that peak and valley at the end of September because a lot of our business is federal. We’ve got a solid forecast on the commercial side, and it looks like it’s going to be a good year.

SKIP SAMPSON: Typical integrator, what I’m smiling about is our backlog. We have a very strong backlog right now. It also makes me frown and will probably be another one of your questions. Our order to deployment time is getting way too long because we’ve been successful in landing some very sizeable projects and some great work. It appears to be it’ll be a great year for us in 2018.

EVA MACH: I think my people. We have made some changes in our people. We have started using an EOS, the Entrepreneurial Operating System method. I brought younger managers into the team. They’re excited about some of the things happening in the industry, and it’s been fun.

TREVOR STEWART: Two things I’d say have made me happy this year. One is that we’ve focused the past two years on recurring revenue maintenance contracts. We were able to hit 30% last year for our business. Even though last year for us was slightly down, we hummed along. As a smaller company we’ve been self-financed and not borrowed money for the last two years. The other thing is we were struggling training our people or identifying people and training them to be more technical, more computer literate.

Last year, we hired two people completely outside the industry with computer science degrees and backgrounds, and they knew nothing about commercial security. We just needed them to look at cameras, servers and be able to speak that language. They’ve both worked out tremendously, to the point where now I have some of my higher operations guys freed up. I think the mindset of looking outside the industry to fill different roles is the way to go.

There’s two sides to every coin. What are you wrestling with now or particularly challenged by? 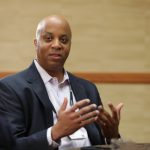 STEWART: Externally, some of the consolidation has created pressures in that the larger companies are overpaying for talent and driving the market up. For example, we lost somebody we shouldn’t have. The guy was with us for almost three years and was going to be a superstar. He had an opportunity to get a 50% raise. I told him, “You’re worth it. We can’t afford to give you a 50% raise.” It sets a bad precedent.

We instituted a program for hiring people out of school so within three years instead of inching up 5%-10%, they could go right into that midrange. You could start in the mid to high teens, and within three years be at about $30K. If you’re a superstar, you could potentially double your salary in those first three years. If you’re really good, you could have a 60%-70% increase. For us, the investment’s in the first two years. That third year, you’re starting to reap the benefit and that’s when the big guys will come in and poach your guys.

Because of our culture and everybody knows everybody, they don’t want to leave. But I can’t blame somebody to leave for 40%. There’s not that many times in your life you have the opportunity to have that kind of a raise. Internally at our size, we struggle with at what point do we try to automate more things. We run a pretty tight ship, but there are certain things, for example we acquired a large insurance company where we do work around the country for them. We picked up literally 71 sites around the country in two weeks. To flip that switch you start feeling the pain of that work as opposed to the normal customer acquisition cycle.

RUDDO: We’ve become one of the largest independent dealers in the D.C. area due to competitive acquisitions that have taken place. They’ve really gobbled up our traditional competition at that level. Now there’s a void. It’s good. Our growth since Day 1 has all been organic. We do everything in-house. We don’t subcontract anything. So any peaks of dramatic growth stress the organization. 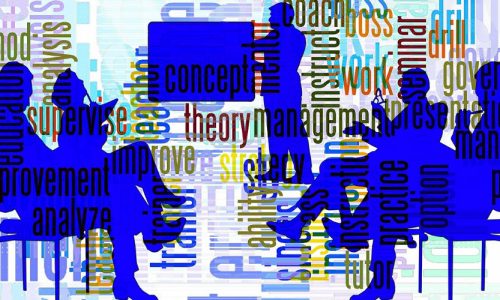 Related: How to Hire and Nurture Young Security Professionals

I’m seeing one of those on the horizon, maybe not too far off. Being ISO [International Organization for Standardization] keeps it very structured, very organized. Procedures are there with an easy foundation to build on, but taking a huge spike in growth is not the easiest thing to do. Fortunately, those competitive acquisitions often spur some availability of good people. You try to grab them when you can.

But we’ve been pretty good in our pay scale and training regimen, and our employee retention has been really good over the past 20 years. It’s about getting good, quality people to mold into the organization and culture. It’s a total work in progress, 24/7.

SAMPSON: We are in what you’d call second-tier cities. We’re in good-sized cities but they’re not Minneapolis, Atlanta or New York. Some of the larger competitors have moved in. They’ve rented brick-and-mortar space, sent the manager in, but then hired executive recruiters to fill the sales and operational roles. Where do those people come from?

They come from the people that are in those cities already operating. So recruiting and retention has been tough this past year. To what Trevor said, it has changed the whole pay scale of our technical folks. They know they can go someplace else tomorrow if they’re unhappy. There’s that much opportunity out there. There’s only so much culture that can offset a 40% increase.

You can put a ping-pong table in the warehouse and have popcorn, but it’s hard to fight some of the pay that is being offered to these young men and women today for these roles. It has forced us to look at doing, again what Trevor’s talking about, building our own people up. That takes a while longer.

You have to look to high schools, colleges, trade schools. We offer a career where I’ll send people to training, get them certification. Some have a take-home vehicle. They’ll make a good living. We look for smart, bright, dependable young people with good attitudes, things I can’t teach but I’ll teach them the technical skills necessary to become a technician in our industry. We are making progress there. I’ve plugged into all the major high schools in the greater Indianapolis area.

The second thing causing me consternation is we are adding or switching to a new ERP [enterprise resource planning] system that we’ll run our whole business on. Anybody who’s been part of that knows while you’re trying to do your everyday business as well as integrate and implement a new ERP system, there’s not enough time in the day to do both but somehow you do.

MACH: One of the things that keeps me up at night is we’re trying to do more recurring revenue. We’re working with more IT folks rather than the traditional facilities manager. We’re shifting some of the things we’re doing. We’re growing, shifting, making a lot of changes. How do you keep the pedal to the metal while you’re building the road?

We have to respond to our customer needs, and have to have steady growth. That’s what your share price is based on, building the value of the company. How do you change things and keep going, satisfy all your customers, meet the needs and satisfy the demands?

That’s one thing. I guess we can all talk about the pressure of salaries, shortage of people. Minnesota has full employment across the board. In our small industry, specialized skills, it’s even worse. There is pressure on salaries, and I have to react to that.

We really promote our employee ownership and the culture that goes with it, because to me that gives us that extra, but it has to be the right person. Not everybody understands this. If you can find the right person who sees and buys the vision, who sees the possibilities of building and being part of ownership of a company, that helps retain and attract talent. 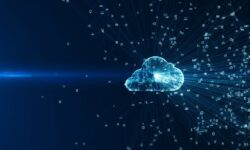