Communications Electronics Systems is now open for business in the Mid-Atlantic. With evermore regional and super-regional players disappearing into M&A, CES executives see a marketplace ripe for personal touch. 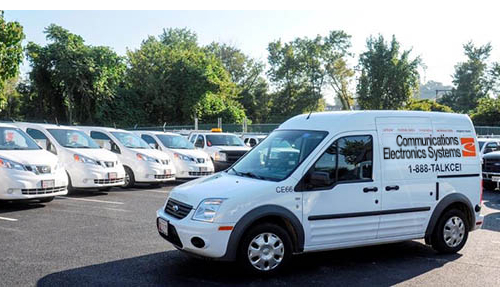 A part of the CES strategic focus will be to piggyback onto existing contracts of its parent company, Communications Electronics.

Interesting are the pursuits that can blossom with a simple conversation. Take, for instance, the newest systems integrator entrant to the Mid-Atlantic market.

Having divested more than 20 retail telephone outlets in the region, Roger Cassell, CEO of Communications Electronics, was sitting on a lot of cash. Established in 1976, the Timonium, Md.-based company in recent time has focused on growing its presence in mission critical wireless communications as one of the nation’s top-selling Motorola dealers.

Along come security integration veterans Tom Steg and Jeffrey Stroh to plant a bug in Cassell’s ear. Steg and Stroh were considering a business venture together when the former decided to put a call into his long-time friend, Cassell.

“Tom and Roger have a 30-year relationship,” Stroh told me. “When Tom and I began talking about doing something, he decided to get in touch with Roger and pitch him on an idea.”

That idea was to launch a security division within Communications Electronics. The synergies for such a venture were enticing. The company already specialized in systems engineering, installation and servicing of two-way radio, in-building wireless systems and distributed antenna systems (DAS), mobile telephony, licensed and unlicensed wireless data networks, early warning systems, even analog and IP cameras.

“Their customer list reads like a who’s who. It is the very same people that any security integration company would be doing business with,” Stroh said. “They are selling land mobile radio systems. So all of the first responders and all the security folks and facility folks at businesses and municipal governments and federal government, they are already selling to those organizations.”

Based on the liquidity position Communications Electronics was in having divested its retail businesses, Cassell’s interest was piqued. “He sat down and listened to what we had to say and from then on the conversation took on a life of its own,” Stroh said. “We started putting together a business plan and financials in the summer of 2017, and we just signed the final operating agreements on Jan. 5.”

Enter Communications Electronics Systems (CES), which formally announced itself in a March 2 press release. Steg, a 45-year industry veteran, serves as president. Stroh, with three decades of security industry service, serves as vice president of sales. They are joined by Kristian Gragg, vice president, who got his start in the industry in 2001 as a security system sales representative. 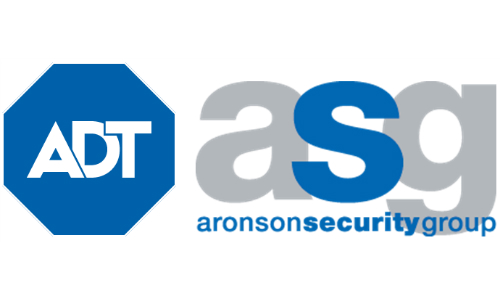 CES will offer a full line card of systems and services, encompassing access control, ID credentialing, visitor management, video surveillance and recording, mass notification, intrusion detection and remote management and Cloud solutions. Also in the works is a small network operations center (NOC) through which to host managed services. COPS Monitoring has been contracted with to provide alarm monitoring.

A part of the CES strategic focus will be to piggyback onto existing contracts — be they federal, state or municipal. On the commercial side, the subsidiary will look to compete in a large pool of Fortune 1,000 to 2,000 end customers and campus environments in the region.

“We have done a lot of cross training with some of the staff with Communications Electronics,” Gragg told me. “They are a 130-employee company. A lot of their technicians have already been doing camera work with the Maryland State Highway systems. We are coming on as Lenel and Interlogix value-added resellers, as well as a DVTEL-FLIR reseller on the video product line. We are in the process right now of building out that technician group.”

CES benefits right out the gate with its parent company providing all of the human resources tasks, as well as back office and accounting support, marketing and related functions.

“I didn’t have to go out and invent all of that stuff; my job is essentially to come in here, build a team and go make sales. That is essentially what we are chartered to do,” Stroh said.

The CES executive team view themselves as uniquely positioned within a highly competitive industry that has been remade in the wake of so much M&A activity in recent years. As national players and private equity firms gobble up regional and super-regional companies, Stroh contends, the marketplace is left with a dearth of integrators that can truly excel at a customer-centric approach.

“It’s been my experience when that happens — when national companies grow to get bigger, to limit competition or for the purpose of becoming publically traded — there is a lot of turmoil in the beginning,” said Stroh, who most recently served as a national accounts manager for the integrated systems division of Protection 1.

As an example, he suggested, the internal unrest that can result from scaling a company can lead to key employees sometimes leaving; therefore, negatively affecting the company’s ability to perform in the short-term. Or longer. “In other words, they take their eye off the ball for a second. They are more intent on growing financially so they can achieve whatever it is they were trying to do. When that happens their customer touch and feel suffers.

“It is my feeling that is then our opportunity to enter that space that has been vacated,” he continued. “They become so big they become hard to manage. Some do a better job than others, but nobody does as good a job as I’ve seen as the regional and the super-regional company when it comes to customer service. That’s just been my experience.”

PSA-USAV ADAPT 2020 Canceled, Will Instead Be Held Virtually 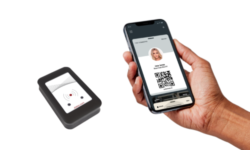 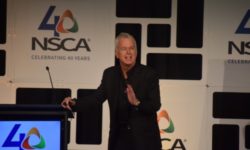