The gunshot-detection solution offers a dry contact that allows it to be integrated into existing security systems and alarm panels. 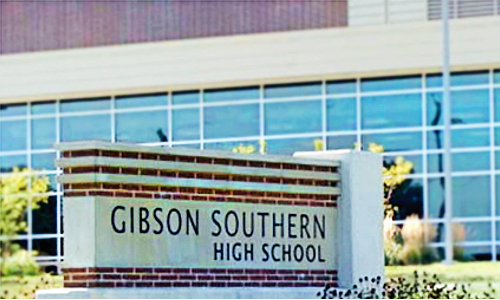 Sonitrol of Evansville installed four 3xLOGIC gunshot-detection devices at various locations within the high school prior to the 2020-2021 school year.

Located in Fort Branch, Ind., Gibson Southern High School serves just over 700 students in grades nine through 12 with a student-to-teacher ratio of approximately 20 to 1. The school received the Indiana Four Star School Award for academic excellence among both students and the administration for seven consecutive years.

Like all schools across the United States, Gibson Southern is charged with keeping its students and staff safe and secure during the school day. Unfortunately, active-shooter situations have become all too common, and given the potential for these events to escalate quickly before police can arrive, it’s important for schools and other organizations to be prepared to initiate reaction quickly and effectively.

Based on conversations with its security solutions provider, Sonitrol of Evansville, the school installed four 3xLOGIC gunshot-detection devices at various locations within the building prior to the 2020-2021 school year. 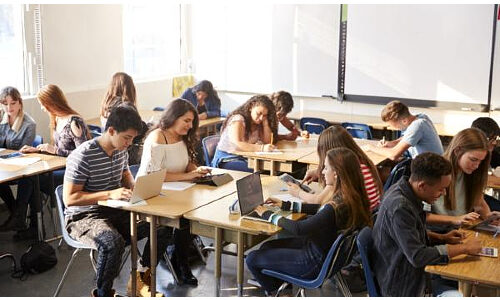 Related: How to Work With Schools to Integrate PASS Guidelines

“We did not even know about the availability of these devices, so when they approached us about them, we said, ‘Yeah, let’s do it,” says School Resource Officer Dan Lienemann, a deputy with the Gibson County Sheriff’s Office. “We met here with representatives from Sonitrol and 3xLOGIC and decided to install one unit in the front entryway where you come into the building, one in the cafeteria, and one up in the academic hall.”

Rather than utilizing microphones, infrared sensors or complex analytics, the self-contained device relies on affordably simple concussive force recognition sensors to detect gunshots. When a gun is fired, the bullet creates a shockwave as it exits the barrel of the gun and travels through the air. This shockwave creates a unique concussive force that the 3xLOGIC solution can detect, reducing the potential for false activations from loud noises.

“Despite all the noise in the cafeteria and hallways, we haven’t had a false activation. Thankfully, we haven’t needed gunshot detection, but it’s good to know that it’s there just in case,” says Lienemann. 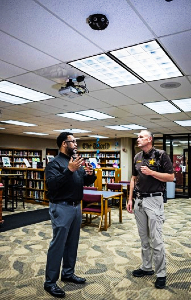 Gibson County Sheriff’s Office Deputy Dan Lienemann (r) and Tyrone Swinton from Sonitrol with a 3xLOGIC gunshot-detection device above them.

The gunshot-detection solution also features a reliable dry contact that allows it to be easily integrated into existing security solutions, such as video surveillance, access control, alarm panels and others.

If a gunshot is detected at Gibson Southern, the solution will activate the Sonitrol audio-detection system as well as video to determine whether it is a valid detection. At the same time, access control integration can enable automatic lockdown to make it more difficult for a shooter to move around, and intrusion alarms can automatically generate an alert, enabling fast response.

With a detection radius of 75-feet and 360° coverage, offering 15,000-cubic-feet of coverage per device, the solution minimizes the number of gunshot detection sensors required, allowing for affordable coverage with no need for software, servers or relay control board, Chris Dingman, operations manager for Sonitrol of Evansville.

“In an active-shooter situation, the earlier a response can be initiated, the better. Those integrations allow us to provide the best possible information to any responding officers in an active shooter situation while also improving the safety of those inside the building,” Dingman explains.