SSI Hall of Famer Larry Tracy donates his time, money as well as security products to protect the Spanish missions in California. 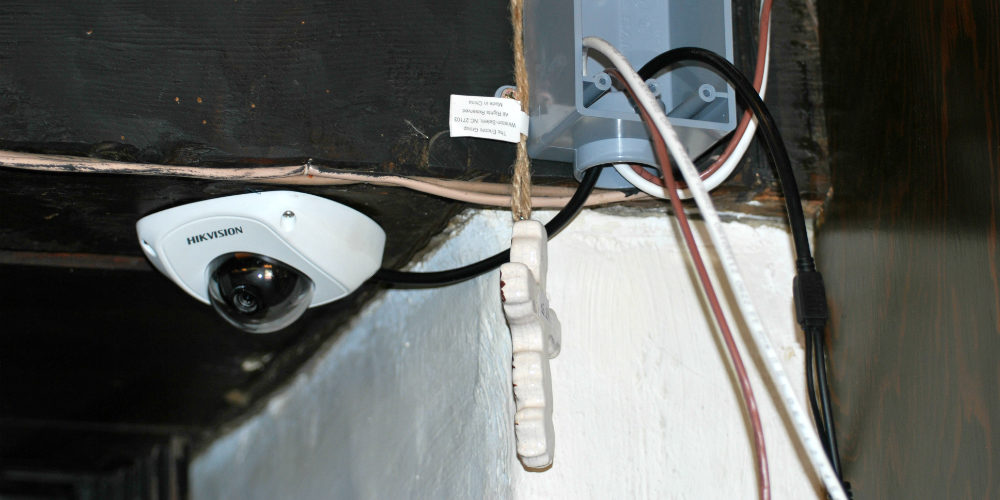 "Seismic retrofit and art conservation are what people think most when they think of what 'repairs' mean to the missions," says Dr. Knox Mellon, executive director of the California Missions Foundation. "But there is a third element of significant importance - security, and it was sadly overlooked."

AUBURN, Calif. — Call it divine installation? Larry Tracy, then president and CEO of Aleph America Corp., spotted a year-old travel magazine on his family room table one evening in late 2006. By happenstance the publication was opened to an article about the historic, yet badly neglected, California Missions. The story piqued his interest.

Tracy read how the 21 missions that dot the coastline from San Diego to Sonoma – founded by Spanish missionaries between 1769 and 1823 – were in dire need of funds for restoration projects and security systems to safeguard centuries-old, priceless artifacts.

The article proved to be a twist of fate for Tracy. He was already considering some form of volunteer work that would leverage skills and expertise he had acquired during 40 years in security installation and manufacturing. He found his calling. 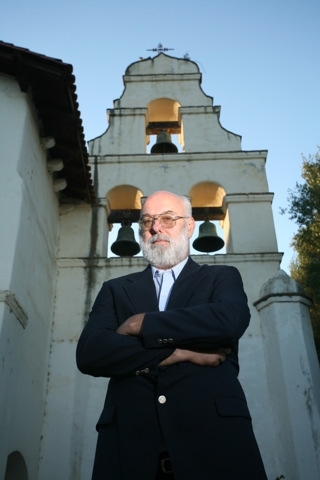 The California Missions Foundation immediately accepted Tracy’s overture to go about securing the iconic sites and by December 2006 he set out on his inaugural survey of Mission San Juan Bautista near San Jose. So daunting was the facility’s installation challenges that two alarm companies had months prior declined the mission’s offer to quote a project bid.

Tracy, a SSI Hall of Fame inductee who recently joined video surveillance provider Hikvision as an executive consultant, assembled a small team of volunteers that included his son, Scott Tracy. During the next two months, repeatedly making the near 400-mile round trip commute from their home in Auburn, the crew installed a state-of-the-art wireless solution – the mission’s first-ever electronic security system.

“I didn’t know what I was taking on quite frankly,” says Tracy. “We had to do a lot of improvising.”

Tracy devised a means of contending with the structure’s six-foot-thick adobe walls by utilizing the mission attic space and a combination of wired and wireless devices, all the while minimizing the visual impact to maintain the site’s historical integrity. About 14,000 feet of coax and other cabling was routed to tie together day/night cameras, control panels, motion and object sensors, DVRs and more.

The cost of time and materials to install the original solution is estimated to be $140,000, according to Dr. Ruben Mendoza, an archaeologist and project manager of the Mission Conservation Project. Tracy’s work at Mission San Juan Bautista would serve to become the model for succeeding installations. To date, having logged well in excess of 200,000 miles on his Chevy truck, Tracy has provided similar systems at 13 of the missions with eight still to come.

“He has proven to be a godsend in many respects, he does it all gratis,” says Dr. Knox Mellon, executive director of the California Missions Foundation. “Seismic retrofit and art conservation are what people think most when they think of what ‘repairs’ mean to the missions. But there is a third element of significant importance – security, and it was sadly overlooked.”

Nowadays theft and vandalism has decreased dramatically, Knox says. Tracy, who holds numerous patents for sensor technologies, has sometimes devised his own wares to safeguard artifacts, such as wall paintings that could not be hardwired. “You can put a wireless transmitter on it, which I did, but it’s not going to work if the guy cuts it out of the frame like they do,” he says. 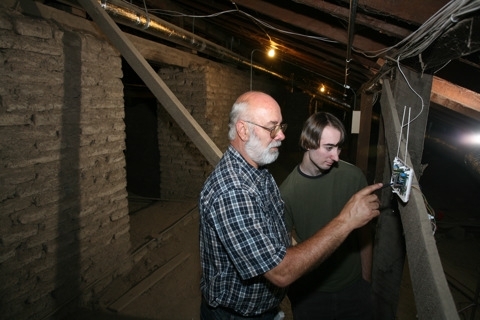 Larry Tracy and his son Scott install an alarm system at a California Mission.

Tracy’s resolution: tack one strand from 22-gauge wire on each side of the frame; lace it back and forth; use beeswax to affix lacing onto canvas. “When the guy comes around with the razor knife, he cuts the wire,” Tracy says.

He hasn’t used that tactic, however, since Honeywell released a nifty asset protection tag in January 2009 – a device Tracy did field testing for at Mission Dolores in San Francisco.

Many offenders who once thieved unabated from donation boxes or committed more heinous acts are routinely caught on camera or hindered by tripped sensors. Like the feather duster-toting woman at Mission San Diego, who entered the church one day to dust off artifacts.

Waiting for the opportune moment, she stepped over a rope at the altar and attempted to steal Saint Gabriel, the rarest statue in the chain of missions. “I had a radio transmitter on it and when she picked it up the alarm went off,” Tracy says. “She put it back down like a hot rock and left.”