The Class of 2017 was honored during SSI‘s annual induction ceremony held each year on the eve of ISC West. 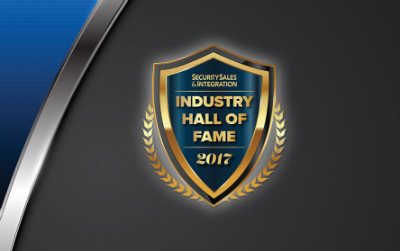 The SSI Industry Hall of Fame welcomes the Class of 2017.

The Class of 2017 is composed of a pair of security installation and monitored services firm founders who have both given back immeasurably to the industry; an icon who played a pivotal role in launching today’s security alarm business and founded one of the biggest names in security manufacturing; the person probably most closely associated with network video surveillance who has helped guide his company from a tiny to a top market presence; and a master of checks and balances who has promoted and elevated business professionalism among alarm dealers and their trade associations.

Those are just some of the highlights from among the impeccable credentials linked to this year’s Hall of Fame inductees.

Induction emcee Ron Davis had a little surprise up his sleeve at the end of the ceremony, which turned out to be a very big surprise for SSI Editor-in-Chief/Associate Publisher Scott Goldfine who himself was selected into the Hall of Fame. Goldfine founded and has administrated the Hall since its 2004 inception. The guy simply lives and breathes the industry. Well deserved, Scott!

Founded to represent the highest commendation for going above and beyond in professionalism, conduct and achievement, SSI‘s Hall of Fame now numbers nearly 90 members. Through last year’s class, candidates were nominated by past inductees and other luminaries.

READ NEXT: What It Takes to Get Into the SSI Hall of Fame 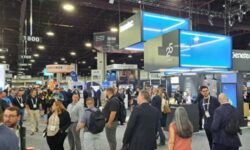