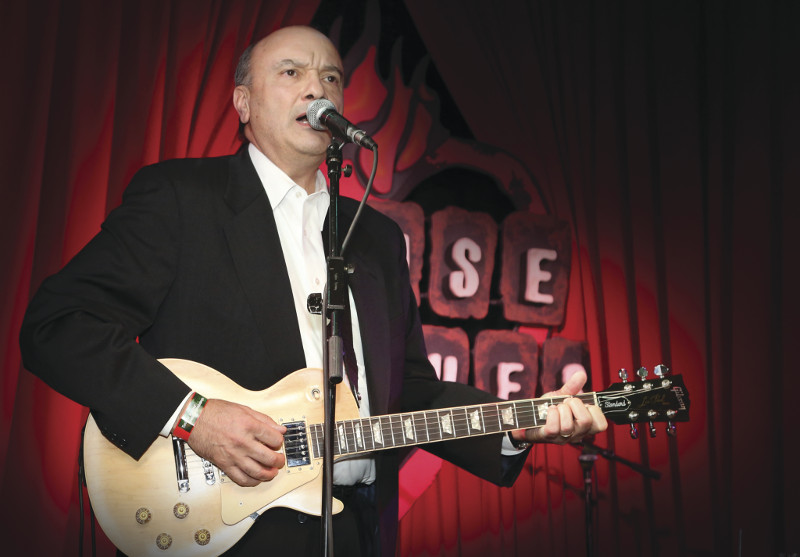 Keys to Success
“Frank was a genuine leader and innovator of new sales and marketing strategies that propelled the organizations he worked for over the years. More importantly, he was a gentleman, genuinely honest and compassionate to the people around him. Unbeknown to most, Frank battled with health issues the majority of his adult life and career, yet never let them bring him down or affect those around him. He had an inner strength and sense of right and wrong that guided his personal and business life.” — Vince Galdi, Chief Creative Officer, LRG (with input from the DeFina family)

On Front Lines of Digital Revolution
“Frank lived through the migration from analog to digital to networked technology. He helped propel the adoption of each of these trends throughout the history of his career. Frank looked to take the advent of digital and network technologies beyond their traditional applications within the pro security industry to further expand and create new business development opportunities. At the time of his untimely death, having recently taken on a new role and challenge, Frank was on a mission to build a new enhanced sales model for Hikvision in the Americas.” – Galdi

A Host With the Most
“Frank’s impromptu exchange with the comedian hosting the 2014 Security Industry Association [SIA] Awards Banquet gave those in attendance who may not have known him the opportunity to witness and experience his genius, spontaneity and extremely good sense of humor. Frank was very personable and would host din
ners for the trade media to show his sincere appreciation for the contributions to the companies he served and to his personal career. Plus, he loved to entertain on a grand scale.” – Galdi

Paying It Forward
“Frank didn’t want to leave the future of the industry to other people to handle. He wanted to be involved to help steer initiatives for the betterment of the industry and to create a succession plan for tomorrow’s leaders. Throughout his life, he mentored young people and helped them get started in their business, film or music careers. In addition, he was active in the church.” – Galdi

“A mentor and friend is something that not everyone has the ability to become. Mr. DeFina, I miss our morning coffee meetings where we discussed the state of the union, how our lives were and what direction we were heading into. We were always geared to take over the world and I miss that. Your incredible stories always still seem to find their way into the stitches of my career that you helped build. You left a legacy behind that I am so honored to have been a part of.” – Janet Fenner, Director of Marketing North America, Samsung Techwin America

“My first encounter with Frank resulted in getting hired to market Panasonic’s security systems. When he asked: ‘What are we selling?’ I promptly responded with some unmemorable marketing textbook platitude, upon which Frank promptly corrected me: ‘We’re selling peace of mind.’ Always composed and witty, genuinely compassionate, Frank was an exemplary manager, mentor and avuncular boss. His legacy lives on in those of us who had the fortune to know, and work with, him.” – Julianna Benedick, Director of Marketing, Panasonic System Communications Co. of North America

Continue to the next page for a profile of Russell MacDonnell…