As a result of the settlement, Ring will release a new version of its Outdoor Siren product and discontinue the marketing and sale of the current design.

Following an attempt to imitate ADT’s lawn signs, the DIY security provider went further and allegedly assimilated the company’s blue octagon design into its Ring Alarm Outdoor Siren, according to the complaint.

“ADT and Ring are pleased to have reached a mutually agreeable resolution,” says David Smail, executive vice president and chief legal officer at ADT. “Ring will release a new version of the Outdoor Siren product and will discontinue the marketing and sale of the current design. As we continue to innovate in the smart home technology space through new products and partnerships — including partnerships with Google and other peers in the marketplace — it’s important that we protect our customers, our IP and our reputation.” 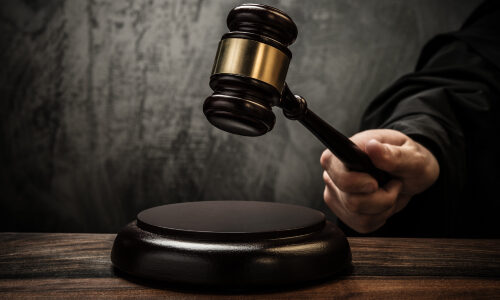 According to court filings by ADT, this issue between the two companies has been ongoing for years. Originally, ADT reached out to Ring in August 2016 hoping it would take appropriate steps to avoid infringing on ADT’s blue octagon design for yard signs and minimize the risk of confusion by the public.

In response, Ring changed the majority of its lighted yard sign’s design to be white with a blue accent at the top, while still maintaining the octagonal design. This was enough to mend the relationship between the two companies initially. However, the design of Ring’s new Outdoor Siren prompted ADT to file this lawsuit over brand recognition.