The security giant had sought reversal of its $27 million damages claim of a year ago.

BOCA RATON, Fla. – Security giant ADT has lost a trademark infringement appeal against a smaller competitor calling itself APT (Alarm Protection Technology), reports the Daily Business Review. ADT argued that the West Palm Beach federal jury that rejected its $27 million damages claims last year was working from flawed instructions. The company wanted the jury to be instructed on the initial interest confusion doctrine, which allows a trademark infringement finding when customers have a temporary misunderstanding that is cleared up before a sale is closed.

“When we would knock on our door and announce ourselves, ADT believed we initially confused [the customer] at the door,” said attorney Michael Marcil, who represents Utah-based APT, which is now called Alder. The U.S. Court of Appeals for the Eleventh Circuit hasn’t adopted the initial interest confusion doctrine, a three-judge panel ruled March 24. The legal theory has been approved by other jurisdictions, noted Circuit Judges William Pryor and Joel Dubina and U.S. District Judge Eduardo Robreno. “The Eleventh Circuit has not yet decided whether a trademark infringement claim based on ‘initial interest confusion’ is actionable under the Lanham Act,” the panel said without endorsing the doctrine.

When U.S. District Judge Kenneth Ryskamp in West Palm Beach initially heard ADT’s motion to include the doctrine in the jury instructions, he rejected the argument but offered a compromise: The verdict form would ask whether customers were initially confused by APT’s door-to-door sales pitch.

ADT filed the lawsuit after hearing from Florida customers in 2012 that APT was coming to their doors and asking if they wanted to “upgrade” their alarm system. That phrasing and the similarity between the company names led customers to believe they would be sticking with ADT, the lawsuit claimed. APT argued it used questionnaires and welcome calls that made sure clients understood before the sale closed that the company was not affiliated with ADT.

After ADT won a preliminary injunction, AP dropped the T from its acronym and started using the name Alarm Protection. When the case went to trial in February 2015, Ryskamp instructed the jury to consider whether the entirety of APT’s trademark use was “likely to cause confusion as to the source, origin, affiliation, approval or sponsorship of the goods in question.”

“The jury decided whether they were confused initially at the door and whether the customer was confused at the point of sale,” Marcil said. “The jury said no. There was no confusion at all.”
The appellate panel found the instructions were appropriate because the “entirety” of the sales pitch included the question of initial confusion. 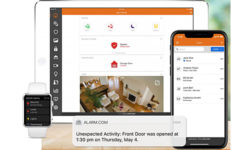 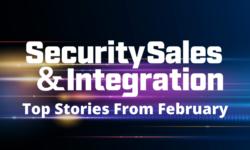 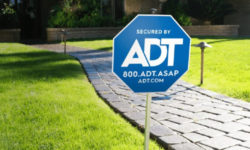