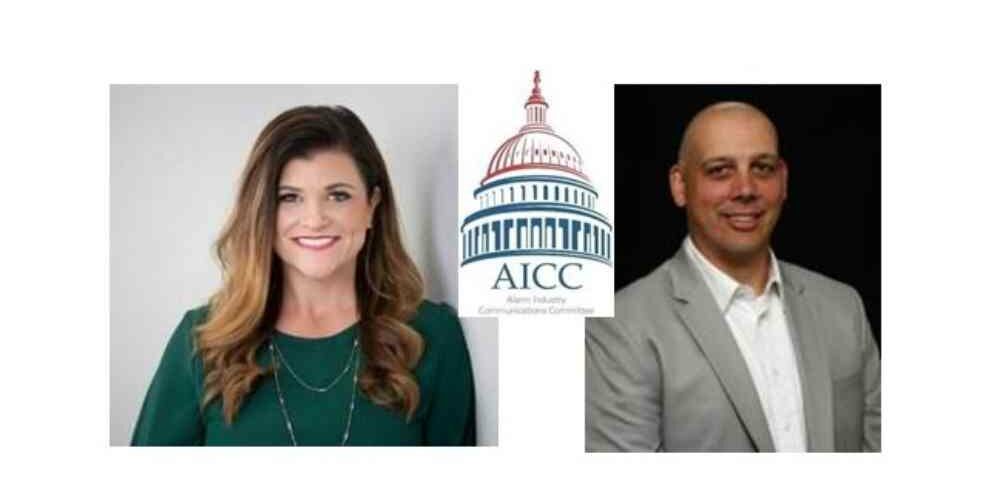 Tiffany Galarza (left) of ADT and Sascha Kylau of OneTel Security are the new co-chairs of the Alarm Industry Communications Committee.

“I am excited to build on the legacy that Lou earned through his time as chair of AICC,” Galarza states. “The accomplishments of AICC through the years are impressive, and I know that was possible because of its committee members’ active involvement and engagement.”

Kylau concurs with Galarza, adding, “I’ve been a member of AICC for nearly 20 years. I am both excited and humbled to have the opportunity to be in a position to impact the future growth of the Committee in partnership with Tiffany. Our mutual goal is to take the Committee forward in a direction that will advance the entire industry.”

Fiore, an SSI Industry Hall of Fame inductee in 2010, has been the longtime Chair of the AICC. He has a long an storied history in the security industry, including past president and executive director of TMA.

For the past 20 years he has worked in his own consulting practice, L.T. Fiore Inc. His professional career also includes posts at CBS Laboratories, manager of product development at ADT Security Systems, president and co-founder of Cardinal Technologies, vice president and general manager of the security products division of Repco Inc., and vice president of engineering and purchasing for National Guardian Corp. In 1992, Fiore was honored with SIA’s George Lippert Memorial Award and the TMA Stanley C. Lott Award in 2005. In 1999, he was appointed by President Clinton to serve on the “America Burning Revisited” panel.