The Amazon Go store uses a combination of artificial intelligence and surveillance cameras to keep track of products taken off of store shelves. 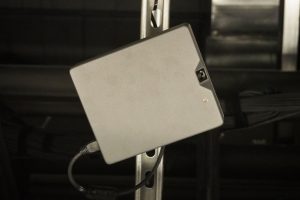 SEATTLE — One of the most frustrating and time consuming aspects of shopping in brick-and-mortar stores is standing in long lines to checkout.

Amazon has created a solution in its hometown to eliminate this aspect of the shopping experience. Amazon Go is a 1,800 square foot retail space filled with grocery essentials, snacks and pre-made meals. One thing it doesn’t have? Cashiers.

Amazon describes it as a “just walk out shopping experience.” The only thing one needs is the free Amazon Go app, which must be used to enter the store.

Customers are then free to take whatever they want before simply walking out the store. Shortly after, Amazon will send a receipt and charge their Amazon account.

So how does it work? Amazon says it uses computer vision, sensor fusion and deep learning, the same technology as self-driving cars.

TechCrunch reporter Devin Coldewey recently visited the store and described what he saw:

Amazon’s approach wasn’t as complex as I expected, or rather not in the way I expected. Mainly the system is made up of dozens and dozens of camera units mounted to the ceiling, covering and recovering every square inch of the store from multiple angles. I’d guess there are maybe a hundred or so in the store I visited, which was about the size of an ordinary bodega or gas station mart.

The cameras are custom made with boards in their enclosures that do all the computing. But how does its keep track of who picks up what? Coldewey explains:

The images captured from these cameras are sent to a central processing unit (for lack of a better term, not knowing exactly what it is), which does the real work of quickly and accurately identifying different people in the store and objects being picked up or held. Picking something up adds it to your “virtual shopping cart,” and you can pop it in a tote or shopping bag as fast as you like. No need to hold it up for the system to see.

In addition to the cameras, there are weight sensors in the shelves, and the system is aware of every item’s exact weight — so no trying to grab two yogurts at once and palm the second, as I considered trying.

What’s really impressive is no facial recognition is used during the process. Considering the increase of privacy concerns and fear of data leaks, that’s probably for the best. 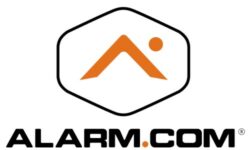