At the heart of the SAST IoT platform is an open and standardized operating system optimized for security cameras and an app store. 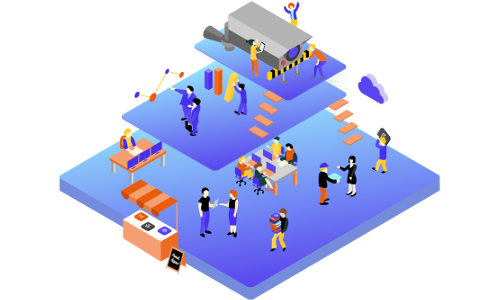 MUNICH, Germany — Security and Safety Things (SAST), a start-up founded by Bosch in November 2017, is building a global ecosystem for the development of  security camera applications.

The IoT platform is being developed initially for the security camera industry, but will be extended to support additional IoT domains in the future, according to the company.

“SAST introduces a new standard for the development of innovative business applications in the security and safety segment. SAST is creating a free operating system and a secure and scalable global marketplace to deploy and manage software solutions. SAST is closely cooperating with the recently announced Open Security and Safety Alliance to ensure an innovative and compatible platform for its members,” says Hartmut Schaper, CEO of SAST.

SAST says it will provide a unique B2B software ecosystem within the security camera market. The SAST-related app store will allow developers to build applications on an open software standard, and to market them via the SAST app store, similar to today’s app stores for smartphone applications, the company says

Applications the company are focused on currently include:

So what is the motivation behind SAST’s global IoT platform? The company explains:

The founding of SAST is in direct response to current innovative trends for IP security cameras. Increasing internet connectivity and computing power at the edge is fostering the rise of edge-based video analytics. Within this global market, SAST anticipates specialized software applications to emerge as a significant growth segment during the next five years. A specific growth driver for these software applications are next-generation microprocessors, including so-called neuron chip sets. Benefits include among others:

The platform will be launched in mid-2019. You can learn more about SAST and its platform here.