During a press conference, Ron Rivera credited an alarm system installed by CPI Security for alerting the family to leave the residence.

Carolina Panthers Coach Ron Rivera was at home with his wife and some family that were visiting from out of town when a fire broke out in the attic of his 7,000-square foot residence in Charlotte, N.C., around 4 a.m. Monday. He later praised his home alarm system, provided by local firm CPI Security, for alerting his family to exit the premises.

CHARLOTTE, N.C. – Carolina Panthers Coach Ron Rivera’s house suffered significant fire, water and smoke damage in an early Monday morning blaze but no one was injured, according to news reports. During a press conference later at team headquarters, Rivera repeatedly praised Charlotte Fire Department firefighters who responded to the blaze as well as advocated home safety.

Rivera even thanked his alarm system provider, CPI Security, for their work at his home and stressed the importance of life-safety systems for all residences. (You can view the press conference here.)

“If you don’t have an alarm system, folks, at least make sure you have smoke detectors,” he said.

Captain Rob Brisley said at a news conference that early indications are the fire was accidental and “we were able to keep the damage to a minimum, meaning a lot of their household items are safe.”

Still, Brisley called the damage to the house significant.

Brisley said the fire started around 4 a.m. at the large two-story house. He said the alarm system worked properly, alerting the family to leave and the fire department.

He said it was not clear what caused the fire and it’s too early to estimate the damage caused.

Fire officials reported seeing heavy smoke and fire coming from the house when they arrived. It took fire crews about an hour to extinguish the fire. Television video showed blackened windows in the attic of the 7,000-square foot home.

The family will not be able to live at the house at this time, Brisley said.

“When you at a fire like this, it is never easy to deal with a family that is being devastated,” Brisley said. “But you can tell they have good support at all levels. It’s a busy week for the city of Charlotte including this family.”

Rivera’s Panthers will play Saturday in an NFC divisional playoff game against the Seattle Seahawks. The fire comes two days after the Panthers beat the Arizona Cardinals 27-16 in an NFC wild-card game, Rivera’s first postseason win in his four seasons in Carolina.

Dayton said Rivera and his wife Stephanie were inside their Charlotte home at the time of the blaze along with some family that was visiting from out of town.

“Everybody is OK and that’s the most important thing,” Dayton said.

Rivera told reporters at the scene he heard smoke detectors going off and that everyone was able to get out of the home safely.

“The challenge with this large house was this fire had escaped to the roof area and it required more firefighters and extra hoses to contain,” Brisley said. “The fire department was able to control this fire in about an hour but we have a long morning ahead of us. The primary focus will be taking care of the family and their needs along with investigating the fire.” 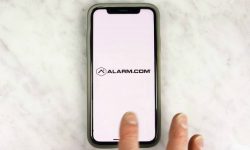 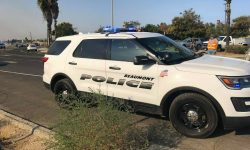 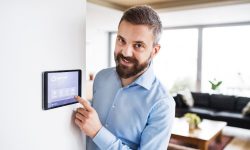 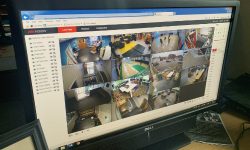