Covert Returns to Security Scene as CEO of Honeywell Monitoring

After a three-year absence, prominent industry figure James Covert has returned to the security business after being named CEO of Honeywell Security Monitoring. Covert, the founder of SecurityLink, disappeared from the industry scene in 2001 after he sold SecurityLink and Cambridge Protection Industries LLC to Tyco in July 2001 for $1 billion in one of the largest transactions in industry history.

Honeywell Security Monitoring was purchased by Chicago-based investment firm GTCR Golder Rauner on May 3 for $315.5 million and is no longer affiliated with Honeywell Security. It will be the second time Covert has partnered with GTCR, with whom he started Cambridge Protection Industries in 2000.

“I’m excited to return to the security industry once again,” Covert said in a statement. “This is a great opportunity to build value in a company with excellent growth potential.” Based in Lisle, Ill., with 45 branch locations, Honeywell Security Monitoring provides design, installation and monitoring services for commercial and residential customers.

Covert’s long and varied career has taken him from the White House to one of the leading figures in the alarm industry. After spending 10 years in the U.S. Secret Service helping to protect Presidents Nixon, Ford and Carter, Covert joined the security industry in 1987 with the founding of SecurityLink Midwest Corp., which grew into one of the nation’s largest monitoring companies. Covert sold SecurityLink to Ameritech in 1994, signaling the brief entry of regional bell operating companies (RBOCs) into the alarm business.

He remained CEO of Ameritech until 1996, when he left the U.S. altogether and founded Signature Security Group in Australia, which is now one of the largest security companies in Oceania. Covert left Signature and Australia behind in 2000 and started Cambridge with GTCR.

Covert, with Cambridge, bought SecurityLink back from Ameritech in January 2001 before selling it to Tyco seven months later. A noncompete agreement Covert signed upon the SecurityLink sale to Tyco has now expired, allowing him to make his return to the industry. 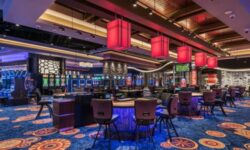 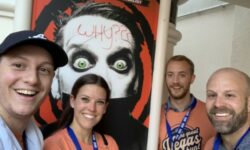 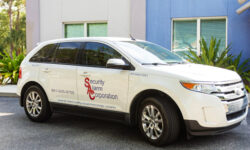