Balaji Tamirisa will oversee the continued expansion of Dedrone’s suite of technologies as CTO, while Daniel Anixt will manage all legal matters as general counsel. 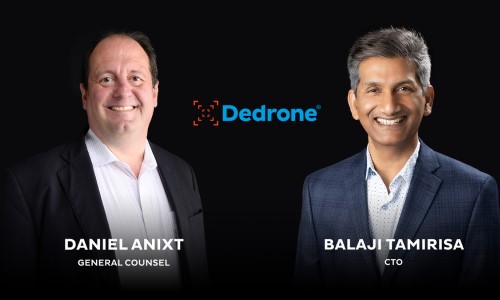 In his new role, Tamirisa will oversee the continued expansion of Dedrone’s suite of technologies. The company says it is leveraging its recent funding round to expand Tamirisa’s team, hiring several key positions including both software and hardware RF engineers.

Daniel Anixt will manage all legal matters for Dedrone, including government and corporate affairs. Dedrone explains that it is undergoing a period of rapid growth as airspace security becomes critical amid the growing drone economy, which it says is predicted to reach 9.6 million in global consumer shipments alone by 2023. 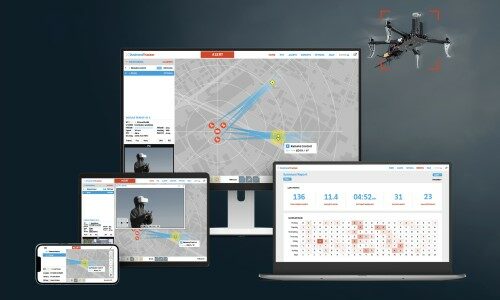 “Dedrone has experienced phenomenal growth and expansion over the last year, including doubling our team here in the U.S. in the next few months. As we scale our solution offerings, the depth of engineering experience that Balaji brings to the team is unparalleled — everything from full-stack software for millions of mobile phones around the world, to baseband radio frequency solutions that continue to make up the backbone of global cellular connectivity, and millions of sensor meters pushing a myriad of datasets to the Cloud,” says Aaditya Devarakonda, CEO of Dedrone.

“Balaji’s deep knowledge in each of these areas applied to the problem of drone detection and mitigation in urban and contested environments promises to take our product capability to the next level of sophistication and maintain the market leadership that our customers deserve as this space matures. We are absolutely delighted to have him on our team.”

Tamirisa has spent over two decades in engineering, program management and telecommunications. He most recently served as the VP, R&D at Itron, where he helped to grow the business significantly by launching new products and software for industrial IoT devices, according to the company.

He also spearheaded an overhaul in design, development and testing cycles to ensure customer commitments were met. Previously, he held positions at Synaptics as its director of software engineering; Freescale Semiconductor as the director, wireless access division; and Coherent Logix as its principal architect.

“Drone detection is a complex problem with an even more complex solution, given the sheer variety of drones out there and the ever-escalating security needs of governments, major companies, airports and more. I am excited and honored to be joining the global leader in this rapidly growing space,” says Tamirisa. “With drone usage only increasing, I am excited to oversee future improvements and expansion of Dedrone’s technology and work closely with the industry and the rest of the Dedrone team.” 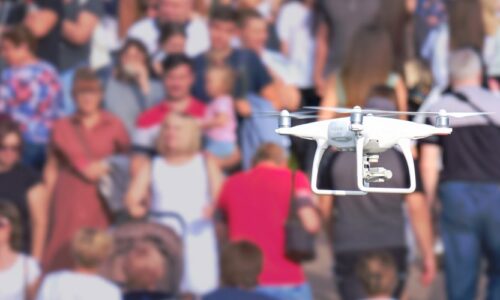 Anixt has spent nearly 20 years providing legal counsel and issue management across the telecommunications and logistics industries. Most recently, he served as the associate general counsel and then deputy general counsel for China Telecom Americas (CTA), overseeing a team that handled CTA’s transactions, regulatory matters and commercial disputes throughout the U.S., Canada, and Central and South America.

“Daniel, meanwhile, has the broad international legal experience that Dedrone needs as institutions continue to realize how crucial airspace security is for safety in airports, live events and critical infrastructure,” continues Devarakonda. “His extensive understanding of critical contract negotiations with governments and commercial entities will ensure that Dedrone continues to effectively grow alongside the drone economy.”

Dedrone works across 35 countries, including four of the G7 nations. Dedrone solutions are in use in over 30 government agencies, including the U.S. Department of Defense and eight other U.S. federal agencies, more than 70 critical infrastructure sites, 50 correctional facilities and 20 international airports.

“AD [Aaditya Devarakonda] and the team have built a company that governments and other major entities trust, and I’m looking forward to continuing the important work of ensuring that trust continues as Dedrone provides these vital services,” says Anixt. “I am honored by the opportunity to join the team and further its leadership in this space.”