Much to the displeasure of local alarm companies, the new ordinance will go into effect in September.

SANDY SPRINGS, Ga. — The City Council here unanimously agreed to change the city’s false alarm ordinance, shifting the responsibility of registration from the homeowners and businesses to alarm companies providing the monitoring service.

The Sand Springs Patch reports that alarm companies will be assessed a fine for calls they make to 911 that are determined to be false alarms.

“There has been a lot of talk about fines, but the real issue is that the system today doesn’t work,” Mayor Rusty Paul said in a statement. “In any other industry, a 97% failure rate would constitute change without question. False alarms are an undue burden on our public safety personnel and on our taxpayers, and we need to reverse that statistic.”

The original ordinance was implemented in 2012 and included recommendations for alarm companies such as mandatory registration of all monitored systems and a graduated fine system for false alarms, with any assessed fines paid by the alarm company customer.

However, in 2016, Sandy Springs received nearly 12,000 false alarm calls, an estimated 19%  of which from unregistered users. It estimates it spent more than $775,000 in personnel costs alone in 2016 on false alarm response, according to the Patch.

Local alarm companies are not happy with the new ordinance. Brad Glore of United Monitoring Services says he has about 80 alarm company dealers under his belt. About three of those have more than 1,000 accounts and the rest have less than 100.

Glore says they will not be able to pay those fines and believes that if the city can’t collect fines from end users, then it shouldn’t expect a different outcome by imposing the fines on security companies.

The key is execution and the current ordinance, Glore says, “is not being executed.”

Mayor Paul says Sandy Springs does not have a problem with collecting fines from users. Although the city has been collecting the fines, it hasn’t reduced the issue of false alarms.

Justin Owen of Owen Security says the city is not considering the unintended consequences of passing such an ordinance.

He argued that alarm companies will refuse to do business in the city and that the rising cost to provide these services will be passed on to business owners and residents.

Mayor Paul disagreed, stating, “The cost to our taxpayers will go down because right now they are subsidizing your business at three quarters of a million dollars a year.”

The changes to the ordinance will go into effect on September 1, with a 30-day grace period on fines. Those assessments will begin on October 1. 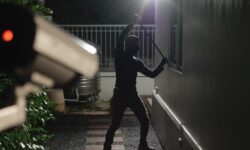 How Visual Alarm Verification Is Altering Security for the Better 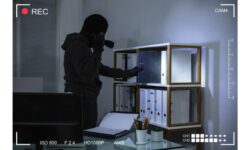