Here are all the major sights and sounds found on the floor of the newly minted Global Security Exchange (GSX) in Las Vegas. 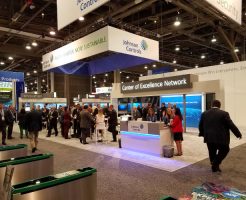 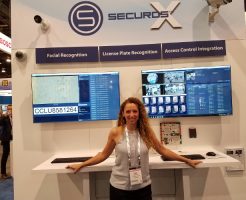 LAS VEGAS — If you were curious about the first-ever Global Security Exchange (GSX), formerly ASIS Int’l Annual Seminar and Exhibits, you have come to the right place!

SSI editors attended the show and made sure to capture plenty of media amid the sea of people and hundreds of exhibit booths.

Make sure to stay tuned in the coming weeks for much more reporting and insights on what transpired at GSX 2018. Until then, scroll down for all the action caught by editors Scott Goldfine and Rodney Bosch.

And if you haven’t heard, the winners of the fourth annual Security Solutions Awards program were revealed during the show.

Did you attend GSX? Drop a message in the comments section to let us know what you thought!

Major General Bradley D. Spacy in the #GSX18 house. In 2012 he was appointed a U.S. Air Force Brigadier General, and in 2016 he received his second star as a Major General. We appreciate your service! pic.twitter.com/kyCW4gvnt4

.@ADT has turned part of its #GSX18 booth into an artist studio of sorts built around the theme, “the art of exceeding expectations.” If you are on the show floor you might check out the next demo at 3 p.m. pic.twitter.com/IcTTROfrxK

AI a hot topic @ #GSX2018 and the @Avigilon booth colocated with new owner @Moto was bustling on Day 2. pic.twitter.com/ZWi2oltop7