HS Technology, which operates as Homesafe Security Systems, received the award during the SSI-sponsored Industry IceBreaker Luncheon at the Electronic Security Expo (ESX) in Nashville, Tenn.

“What makes HS Technology unique is that it utilizes a third-party monitoring service,” SIAC Executive Director Stan Martin says. “Working with that provider, HS Technology demonstrates a superior practice of following up with new customers and those customers with previous dispatches in order to improve education and reduce the number of unnecessary dispatches.”

Three judges evaluated companies on alarm rate, training, literature, use of industry-recommended practices like enhanced call verification (ECV), use of SIA CP-01 equipment, follow-up with customers and tracking problem accounts. Applicants must include a letter from its local law enforcement agency that confirms the alarm rate and adequacy of PDQ Award hopefuls. Submissions are scored in 15 different areas.

The company’s winning application centered on its Baltimore region, where it posted a dispatch rate of 0.18 during 2011. In the past three years, HS Technology’s false alarm dispatch rate never exceeded 0.19, according to Steven Heggemann, manager for the Baltimore County Government’s False Alarm Reduction Section.

“In effect, this means that [HS Technology’s] customers, on average, experience a false alarm less than once every five years,” he wrote in a letter included in HS Technology’s PDQ entry packet.

HS Technology, a finalist for SSI’s 2012 Installer of the Year, received $1,000 courtesy of Honeywell. Monitronics and Vector Security, which earned the first PDQ Award in 2006, were runners-up for the awards program. An in-depth look at HS Technology’s award-winning practices will be featured in SSI’s October issue. 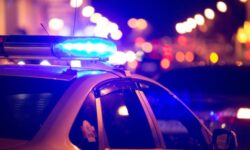