Juliette Kayyem will speak at SIA’s Women in Security Forum breakfast, taking place on at Friday, April 12, in Room 1001/1004 of the Sands Convention Center.

SILVER SPRING, Md. — The Security Industry Association (SIA) announces that Juliette Kayyem, a national leader in America’s homeland security efforts, will speak at the organization’s breakfast event during ISC West as part of its Women in Security Forum initiative.

She is now the CEO of lifestyle company Zemcar and the founder of Kayyem Solutions. Kayyem also serves as the Belfer Lecturer in International Security at Harvard Kennedy School, teaching new leaders in emergency management and homeland security, and is an academic member of SIA through her work with Harvard.

Kayyem is a regular on-air national security analyst and contributor for CNN, has hosted a national security podcast called The SCIF and has been a weekly featured analyst on Boston Public Radio, 89.7 WGBH Boston’s Local NPR.

Attendees will enjoy complimentary breakfast and networking and hear Kayyem’s crisis management advice, key takeaways from her domestic security career and insights for women in the security industry. 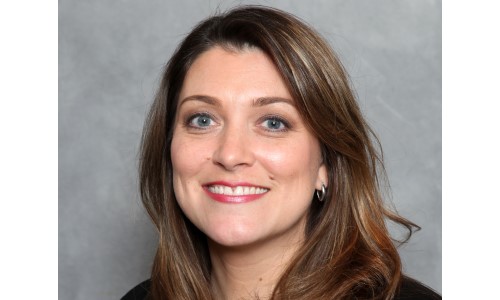 “SIA enthusiastically encourages its members and industry stakeholders to promote the advancement of women in the security industry and draw talented women to the profession,” says Don Erickson, SIA CEO. “In yet another inspiring program, the SIA Women in Security Forum is thrilled to welcome Juliette Kayyem, who has played a pivotal role in major homeland security operations, to this special event to share her knowledge and experiences with ISC West attendees.”

SIA’s Women in Security Forum — which marked its first anniversary on International Women’s Day — offers programs, professional development opportunities and networking events to support the involvement of women in the security industry.

Key efforts and activities include the SIA Progress Award, which celebrates individuals who advance opportunities and pave the way to success for women in the security industry; SECURE Perspectives, a monthly column in partnership with SSI profiling successful women in the industry (check it out here); an entirely women-authored issue of the SIA Technology Insights journal; and exciting networking events. The Women in Security Forum is open to SIA members, regardless of gender.

Learn more about the breakfast and RSVP here.