The security of the IoT devices themselves is also a chief concern among potential consumers.

Security has become the primary entry point for new smart home customers, according to a new survey.

A recent survey conducted by TWICE and research partner Creative Channel Services  reveals that 59% of shoppers said that an Internet connected security device was their entry point to smart home products.

Smart thermostats and other connected climate-control devices ranked second with 42%.

While customers may be buying these devices for their own protection, the survey also revealed that nearly half of people polled are concerned about their personal data privacy. Less than a third were concerned about installation.

Compatibility and integration among existing devices were the primary points of confusion for new customers.

The brands viewed as most popular by customers were Nest, Samsung and Philips. 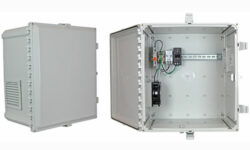