ONVIF has reached the milestone as it celebrates its 10th year as a standards organization for video surveillance and access control functions. 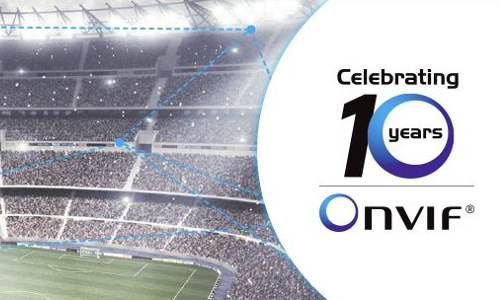 Founded as a technical alliance by Axis Communications, Sony and Bosch Security and Safety Systems, ONVIF has reached the milestone as it celebrates its 10th year as a standards organization.

The Profiles offered by ONVIF address video surveillance and access control functions and are growing increasingly applicable in security and connectivity environments such as safe city initiatives, IoT applications and intelligent building automation.

“With more than 10,000 conformant products in its 10th year, the acceptance for ONVIF in the market has grown in a way that no one could have anticipated,” says Per Björkdahl, chairman of the ONVIF Steering Committee. “This number represents not only the success of ONVIF, but how our member companies, many of whom are competitors, have collaborated to provide solutions that are relevant and needed in the market. This is a strong testament to the importance of standards in our rapidly evolving marketplace.”

ONVIF-conformant products are produced only by ONVIF member companies and must support at least one ONVIF Profile.

You can view all conformant products on the ONVIF website. In all, ONVIF has released six profiles, which include: