The $1 million project saw emergency locks installed in 48 academic buildings from March 2018 to March of this year. 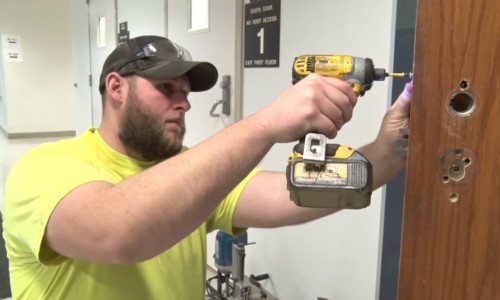 Columbus, Ohio — Ohio State University (OSU) has completed its three-year installation of hundreds of locks on its classroom doors.

More than 540 emergency locks were installed in 48 academic buildings from March 2018 to March of this year.

“These enhancements will help our campus community members secure in place during an emergency,” said Robert Armstrong, OSU director of emergency management and fire prevention.

The entire project cost about $1 million, according to a statement from OSU’s department of public safety.

Hardware was replaced on doors in standard classroom pool spaces and now features a uniform locking mechanism with color coded labels that are easy to read from across the room. Auditoriums and classrooms with multiple floors, as well as doors with electronic mechanisms, were outfitted with centrally located switches that will electronically lock all doors simultaneously.

“The project took three years from start to finish and reinforces our commitment to both safety and security,” said Theresa Thayer, FOD’s assistant director of lock and key services.

The installation of classroom locks was prompted by a 2016 vehicle attack at the university. After the suspect, 18-year-old OSU student Abdul Razak Ali Artan, drove his van into a crowd of people on campus, he chased students with a butcher knife. Eleven people were injured in the attack. 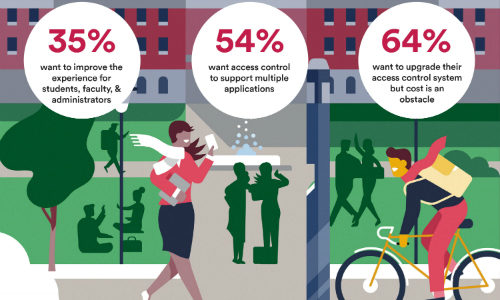 Less than a minute after the attack began, OSU police officer Alan Horujko arrived on scene and shot and killed Artan.

“Following our November 20, 2016 incident, we received a lot of feedback about the need to be able to lock classrooms,” said Armstrong. “Up until then, the majority of our classrooms didn’t have locks on them.”

Thayer estimates that when the project is completed, there will be more than 600 locks installed in more than 300 classrooms.

The school has also created an active shooter response video for its student, faculty, staff and visitors, focusing on the Run, Hide, Fight approach.

Learn more about the project in the video below.