Integrator Sound Concepts installed all the comforts, conveniences and entertainment features typical of high-end homes on a 70-foot yacht. 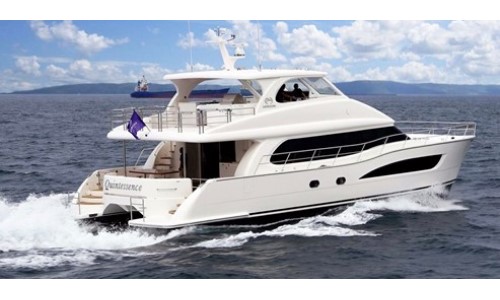 Whether the owners are relaxing, fishing, entertaining guests, gaming, sleeping or exploring the shore, their 70-foot high-tech yacht is fully automated so they can adjust audio, video, lighting, security, navigation and shading for every activity.

Calling “Quintessence” home for three months a year, the owners sought all the comforts, conveniences and entertainment features typical of high-end homes including their primary residence — which features an ELAN control system from Nortek Control.

Like a digital deckhand for today, the smart systems designed and installed by integrator Sound Concepts (the Jonesboro and Little Rock, Ark.-based integrator that outfitted the owners’ Boston residence and a previous yacht) ensure that their every need is met, whether that means fully securing the premises while they’re onshore exploring, streaming the perfect playlist to high-performance speakers during a sunset cruise or searching the seas for the perfect fishing location.

An ELAN ELITE Dealer since 2003, president Ryan Heringer and his team had maintained a healthy inventory of Nortek Control brands, ELAN controls and other equipment, which helped keep this massive 2020 project right on course despite the impact of the pandemic.

With most components on hand and the prewire design handled in-house and completed by an outside firm in Taiwan where the boat was being built, Sound Concepts was able to focus on creating some slick automation features. 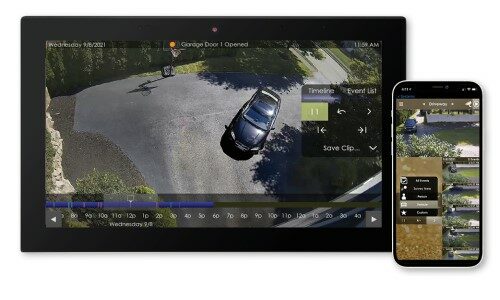 “We wanted this experience to be like no other, so we really pushed the envelope of the ELAN control system, doing things we’ve never done before,” says Heringer. “Things like facial recognition and voice control that are also tightly integrated with many of the boat’s navigational systems all came together create the ultimate luxury yachting experience.”

ELAN security cameras assist with navigation, fish finding, video footage and unique audible warnings to trespassers — like recorded audio of a rapid-fire shotgun. “If that doesn’t scare someone off the boat nothing will,” Ryan says. Owners can also play the more gentler but firm alert, “This is private property, please leave.”

JL Audio, Klipsch, Sunfire and Paradigm speakers installed on all decks ensures that it is heard loud and clear, no matter where the owners or crew are. The ELAN control system records the captured video onto an NVR they can view later and sends an immediate alert to their smartphones.

When the cameras aren’t watching for intruders, the yacht captain uses them to assist with navigation. For example, views can be pulled onto the control monitors at the helm, and the cameras adjusted for a better look at the surroundings.

“This allows the captain to dock the boat without assistance from anyone,” Heringer says. There are also night cameras, and video can be shared with a SunBrite outdoor TV and six Samsung TVs mounted throughout the yacht.

The owners can see what’s happening at all times — even where the fish might be biting. Sound Concepts tied the video output from the yacht’s fish finder into the ELAN control system so the owners and guests can refer to the nearest display while casting their lines.

Entertainment abounds onboard, thanks to well-stocked and -designed equipment racks that slide into custom-sized wall cavities. The owners need only tap a few buttons on a nearby wall-mounted touchscreen to select what they’d like to play and where among the 16 A/V components feeding 11 audio zones and the seven displays. “A favorite of the owners is being able to play head-to-head video games but with players in different rooms,” says Heringer.

Sound Concepts also mounted several of the displays within custom cabinetry, attaching them to motorized lifts that raise them into view on command from an ELAN touchscreen or HR30 handheld remote. Motorized Hunter Douglas shades in the galley, master bedroom and VIP suite prevent sunlight from interfering with the picture or an afternoon nap.

When users can’t get to a touchscreen, they can verbally instruct the ELAN system via an Alexa voice assistant to open or close all window blinds; go to ESPN, DirecTV, ABC, NBC, CBS; or turn on any party mode or music by area such as the Salon, Galley or Flybridge, for example. 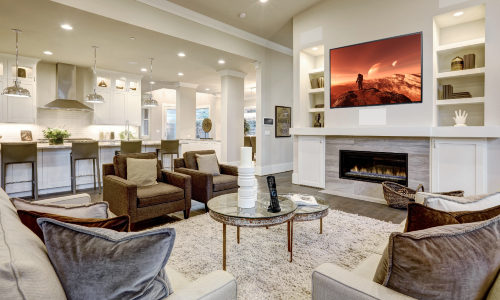 Unique to Nortek Control, the latest in artificial intelligence software and technology was also integrated, which enables the control system to present a customized menu of control presets personalized for each user on the boat.

Also included in the system are Apple TV, XM terrestrial through the ELAN radio product, 16 audio sources and 11 audio zones. PC outputs can go to any of the TV displays, so the owners or crew can pull up the ELAN screens on any TV and make it function as if it were a large touchpanel. Multiple screens such as navigation, fish finder, movies and programs are readily viewed at the same time.

Among the challenges Sound Concepts overcame on this project included the distance and language barrier, since the boat was being done in Taiwan. “All prewiring had to be completed in Taiwan, so we had to make a specific wiring and legend and then send all the actual wiring and guide within a container to the boat manufacturer. That was unusual, but we made it happen,” Heringer says.

On the technology side, Paradigm custom soundbars had to be vertically rather than horizontally mounted due to space. Paradigm manufactured the speakers completely custom to fit the yacht, and they were placed left and right of the TVs. “It’s an unconventional configuration, but they ended up sounding – and looking – great,” Heringer adds.