The two men were arrested for viewing live and archived video of a man and woman in various stages of undress. 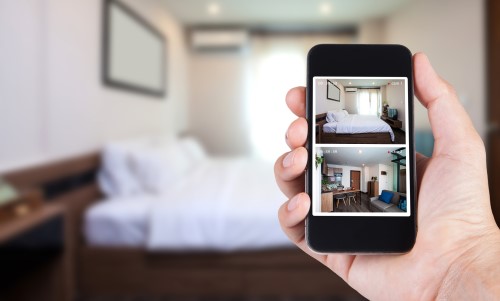 According to the arrest report obtained by CBS 12, the victim called Ask the Advisors, a local electrical & systems integration contractor, on July 23, 2020 to have his residential surveillance cameras serviced. The victim said he had cameras in every room of the residence except for the bathroom and master bedroom.

Several days after the service, the victim told police he received an email from a vice president at Ask the Advisors who stated his security cameras were recording sensitive areas, including the dressing room in the master bedroom and the guest bedroom.

According to the arrest report, the victim noticed that four employees had access to the camera system. The victim sent an email back to the vice president asking for all employees to have their access removed.

A week later, police said the victim checked his security camera account and noticed two employees had logged into the system and looked at several videos of a woman and a man in various stages of undress. According to police, Lewis was one of those two employees who logged into the account, mostly before or after work hours.

A second suspect, Michael Reilly, is also facing a charge of video voyeurism. Police said Reilly, who also worked for Ask the Advisors, watched more than 600 live and archived videos over a five-day period in July 2020 of a woman undressing in her dressing room, and of a couple having sex.

According to the report, investigators believe Lewis and Reilly communicated with each other before and after work hours to coordinate views of specific videos to view inside the home.

This incident follows a high-profile case that saw an ADT technician receive a 52-month jail sentence for doing essentially the same thing. The technician, Telesforo Aviles, added his personal email address to customers’ accounts during service visits, which gave him varying levels of access to their systems through the company’s mobile app, including the video streams of security cameras.

The victims in that case have since filed a class-action lawsuit against ADT over the incident.