Other videos include a dog being saved from an elevator, an Apple store being ravaged by teens and a boy’s late night playtime.

A man firebombed a converted ambulance that was used for a local non-profit. 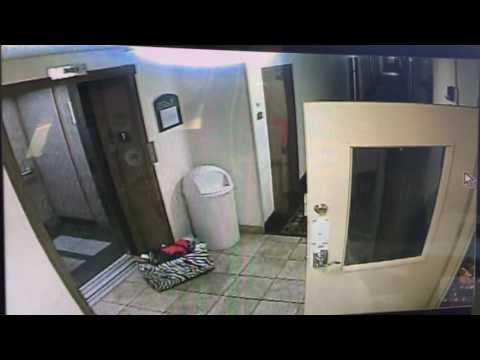 The owner says he does not recognize the man in the video and does not believe he was targeted.

Watch the top 7 surveillance videos of the week here.