Neighborhoods around the country are beginning to turn to private security guard companies. Here’s why.

SACRAMENTO, Calif. — What’s a resident to do when surveillance cameras are an ineffective deterrent and the local police are too busy? Apparently hire your own private security guard, that’s what.

The city’s Land Park neighborhood recently hired Paladin Private Security to patrol the residential area after the number of small criminal incidents began to pile up.

Unfortunately, local police just don’t have the time to devote to stolen porch decorations and car break-ins. However, residents like Emily Hannon don’t hold any ill will towards the police department. 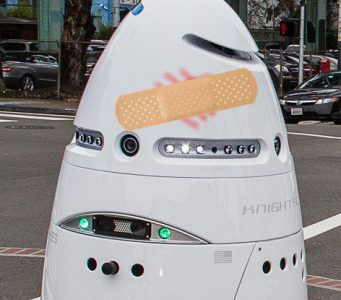 “They’re dealing with much bigger fish to fry, and they should be,” Hannon tells The Sacramento Bee. “We shouldn’t allocate our police resources to petty stuff. But I want to be safe in my neighborhood.”

Armed Paladin guards in marked cars patrol four times a day for about 15 minutes between 11th and 13th Avenue and Land Park Drive and Freeport, according to the website.

One of the arrangement’s main selling points for local residents is 24/7 calling access to Paladin for an immediate dispatch. Minor incidents that can sometimes take police hours to respond to, only a few minutes for a private guard to get to.

Meaning residents don’t have to worry about burdening police or racking up fines with false alarms.

“If you see something that looks suspicious, you have someone to call who will answer right away,” Hannon says.

“Mostly what we’re dealing with is quality of life stuff,” says Matt Carroll, founder of Paladin Private Security. “Someone parked in my parking space. Panhandler in front of my business … Most of these are things that you just need a good hall monitor to squash.”

Carroll says his company serves four neighborhoods in the city comprising about 1,500 homes.

However, residents of Sacramento aren’t the only ones in the country to turn to private security guards to protect their neighborhoods.

Several neighborhoods in Seattle have turned to private security after being fed up with all the “blatant lawlessness” in the area.

Neighborhoods in Chicago, Dallas and Milwaukee also either currently employ private security guards or are considering the idea.

Will this solution continue to gain steam around the country, or will residents begin to refuse paying for private security guards?

Perhaps an alternative solution would be to implement a program like Detroit’s Project Green Light, which has resulted in a 50% reduction of crime in pilot groups. Or maybe even robotic security guards … as long as there are no bodies of water around.

What do you think of neighborhoods hiring private security guards to patrol their streets?