Learn about the most common weapons detection technologies available and discover how AI-driven gun detection has emerged as a highly effective solution. 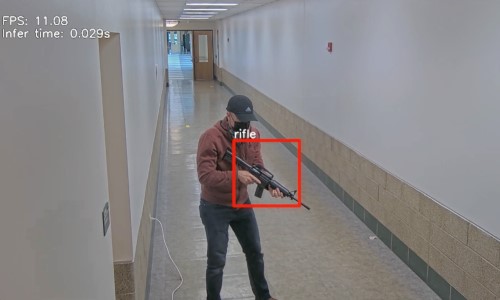 Living in today’s world is vastly different than it was 10 or even 20 years ago and, as recent and tragic events highlight, active shooter incidents are on the rise.

Clearly, we need to do a better job protecting our children, employees, customers, patrons and anyone else in a public or private place. Video surveillance is a great start, but they need to be smarter, quicker and more proactive if they are going to be successful at thwarting tragedies.

And more importantly, they need to be effective before, during and after an event. This last point is something most surveillance systems today are critically lacking. While stopping the threat before it happens is always the best option, improving the effectiveness and timeliness of the response also has a vital impact that can significantly improve event outcomes.

This article will cover some of the most common weapons detection technologies available and then explain how artificial intelligence (AI) driven gun detection has emerged as a highly effective solution. 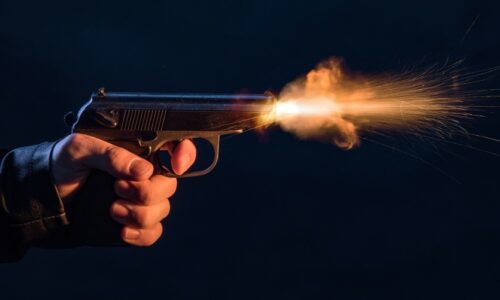 This technology can not only monitor and detect, but it can also make it possible to quickly alert and trigger sophisticated security procedures in mere seconds depending on the platform solution that is in place.

First of All — Investments in Video Surveillance Are Safe!

Many clients have made significant investments in video surveillance systems and think they need to re-invent the wheel to incorporate new weapons detection technologies.

Fortunately, this is not the case because many of the new solutions, such as visual gun detection, are built using standardized protocols, like RTSP that can seamlessly integrate with most existing security camera and video management systems already in place.

In fact, systems can transform existing surveillance equipment from a reactive, after-the-fact system typically used to review situations post-event to a preventive solution, capable of proactively spotting and potentially preventing harm if acted upon.

There are a wide variety of technologies and solutions available today that security integrators can offer their clients for weapons detection.  Here is a snapshot of the most common ones:

Human monitoring includes the traditional method of having a person watch cameras for suspicious activity. While this sounds good in theory, the reality is that less than 1% of all surveillance video is actually watched live and according to a study by Security Oz, 45% of activity is missed after 12 minutes of continuous video monitoring.

These results only get worse the longer a human is watching the video because the same report states that 95% of activity can be overlooked by monitors after just 22 minutes. And finally, all of these stats drop precipitously the more screens a person has to monitor. 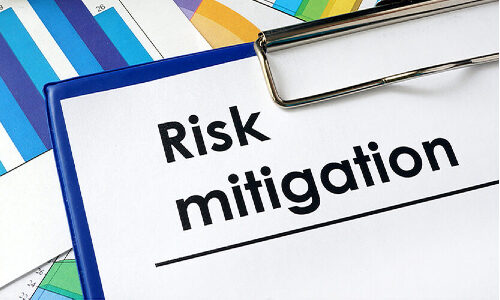 Metal Detection uses technologies that are capable of penetrating clothing and other forms of concealment such as baggage. These systems often use some form of acoustic or electromagnetic energy akin to radar, including micrometer and millimeter waves. The advantage of these systems is that they are highly preventive since they can detect hidden weapons and constrain the movement of people carrying them.

Unfortunately, the technologies used are most effective over a very short range so they are normally installed in corridors and entryways, such as the detectors we experience in airports, courthouses and some office buildings.

In addition, every detection requires in-person human verification through wanding or pat-downs and the systems are expensive to install and require specialized training and constant staffing. Furthermore, the usage of these technologies can adversely affect the visitors to such spaces and can be unattractive options for many use cases.

Gunshot Detection works by using geographically dispersed microphones to listen for gunshot sounds and algorithms to determine the location of gunfire. Microphones, spread throughout a defined area, are tuned to recognize the sound of gunshots and use the delay of those sounds to approximate the gunshot’s origination site.

Regional centers with audible experts verify potential gunshot sounds and then escalate valid detections. The benefit of gunshot detection is its ability to provide intelligence to law enforcement and other security organizations, including the rough location of the incident, as well as the number of shots fired. This audible approach can be employed to cover a substantial area, such as a downtown zone suffering from high levels of gun violence.

Visual Detection uses AI software to recognize a gun in various positions and environments, such as a gun held in a hand or resting on a table, or a gun on a sunny day, as well as one inside a darkened hallway. This type of software protects a company’s earlier investments in video surveillance because it can be easily integrated into existing IP based security cameras.

As the system grows, so does the software’s ability to detect. And while the accuracy and efficiency are impressive, the real value of AI comes in its speed and the advance warning it provides when gun threats are detected. Within mere seconds, AI is able to detect a gun and, when connected to a notification system, can alert security teams and carry out protocols that promote the safety of those vulnerable.

While emergency notification systems vary in sophistication, they can be set up to trigger alarms, call emergency services, lock doors and send out mass notifications to a variety of endpoints. The downside to this solution is that the gun has to be visible to be detected. However, many incidents involve a period of “staging” with guns removed from carriers and prepared, and periods of transition where the gunman moves towards his target area with guns visible.

Of course, any good security plan is multilayered as there is no one way to keep people safe. Some people may decide to adopt one solution above or multiple to provide a layered defense system.

Why Before, During and After Matters

As mentioned above, one point that most people miss when evaluating weapons detection systems is that they are intended to be helpful before, during and after an event. AI gun detection systems seem to successfully incorporate all three. 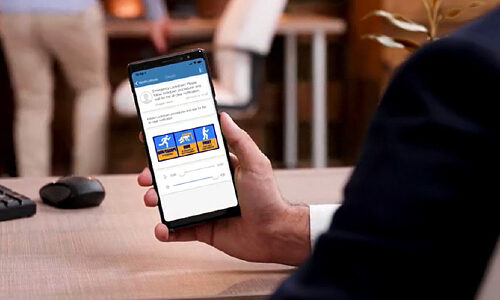 The “before” case is obvious: locking the doors, sending alerts, providing up-to-date information such as run, hide, exit safely through a specific door, and more.

The “during” case is less obvious and many evaluators forget to focus here. With real-time alerts (images, location and video), first responders and security staff can reduce their response time and increase the effectiveness of their reaction during the event by having the system deliver key information in real-time:

The “after” case is usually less urgent, but still quite helpful. For example, sometimes there are situations where it was verified that a gun was seen on campus, but it took investigators weeks to locate the corresponding video of the event.

If a site had AI gun detection installed, not only would an alert have been received by key personnel, but with integrations to video management solutions (VMS), these sorts of events can also be flagged for easy retrieval at a later date.

Early Detection Is the Difference Between Life and Death

According to the FBI, most active shooter incidents are over within five minutes, often before police have time to arrive. In an increasing number of buildings and public spaces, these areas are monitored by cameras, yet the unmanned nature of the surveillance means that these are missed opportunities for early detection.

However, AI systems can detect weapons within a second — and this is enough time to activate a cascade of activities, such as:

This type of response dramatically shortens the time to respond, while the information provided (location and video) in turn improves the effectiveness of the response.

No organization wants to think about the day when an emergency might occur at their facility, especially an active shooter, but every organization must be prepared. Twenty years ago there might have been a safety binder of information provided for the largest of companies (with likely no training), but for smaller companies, emergency preparedness was rarely discussed or considered.

Today, everyone knows an emergency response plan is only as effective as the tools and communication channels that support it. Whether a K-12 school, university, corporate workplace, manufacturer, hospital, or government facility, an effective proactive response to gun violence can help these organizations handle an active shooter situation and ultimately save lives.

Dave Fraser is CEO of Omnilert, a provider of AI gun detection.