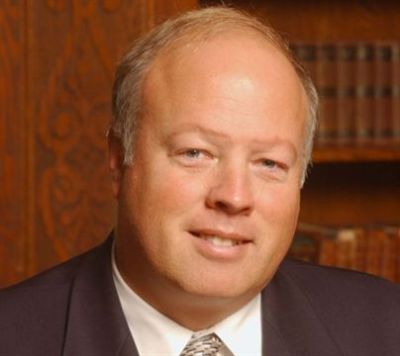 “I attribute my success to the principles my parents instilled in me and the opportunity they provided me to get the formal education that they were unable to get growing up at the end of the Great Depression and early years of World War II. They demonstrated that, in spite of those challenges, you could still accomplish great things with dedication and hard work. That foundation gave me the stamina to get through traumatic challenges to the business we faced during the 25 years I was HBE’s president and CEO. I was wise enough to surround myself with good people.  Without a stable, loyal, committed team, you cannot achieve and sustain success in an industry where it is essential to earn and maintain the trust of the customer base.”

“The security industry started out without any standards or compliance requirements. Also, pre-9/11 security was rarely awarded the same attention and budget as other trades involved in new construction. Post-9/11 security for most new construction has a percentage of the construction budget but the evolution of standards and compliance, like what exists in the fire industry, still has a long way to go. Our industry is still like the Wild West in many ways.”

Being a People Person

“As profound and numerous as the changes that technology has brought to our industry as we have evolved from analog to digital systems and now convergence with IT, cyber and data security, is that this is still a “people business” and people do business with people. Those who get too fixated on technological innovation and market changes as being threats and not opportunities will indeed make evolution a very formidable enemy. In contrast, those who can anticipate changes from technological and social evolution to see them as opening up new opportunities and effectively communicate their vision and thought leadership to their customers will flourish.”

“I wish I could immunize end users from the illusion that they can delegate selection of electronic security systems and integrators to their procurement departments or general contractors without the active involvement of the owner and the operations team. End users must be an active team member with the integrator, consultant and equipment manufacturers to meet functional expectations in both the short and long term. Treating security solutions like a construction trade where the dominant goal is to get the most name-brand stuff for the lowest cost overwhelmingly results in buyer’s remorse over a dysfunctional system and/or costs that continue to mount after deployment.”

“In 1989, Irv Witcosky and I acquired the name HBE and the systems integration division from the company that had purchased the original HBE family business from the Henry Brothers in 1985. Nine months later, VCS, the original Motorola CCTV factory, ceased operations, leaving us in the new HBE with many customers we could not support without parts and product. VCS told us they could not sell us any parts but if we wanted to buy the company we had two weeks to make a deal. Driven by the commitment to support our customers, we purchased what we never thought was possible, all the parts and inventory for the product line. That turned what my dad thought was a mistake in selling the “family business” in 1985 into an opportunity to support an international installed customer base with aftermarket support for the legacy Motorola CCTV product. We earned the trust of the new customer base by supporting the orphaned video systems enough to expand the relationships into access control and eventual upgrade of the video systems. Years later, I saw an interview with Donald Trump when he was asked how he was able to purchase properties no one ever thought was possible. His reply was, ‘Don’t ask, don’t get.’ He was right.”