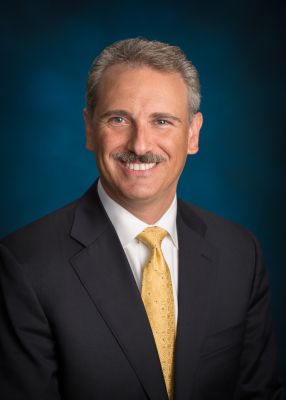 “There were a lot of challenges over the years, but really I look back with nothing but a smile. And, more importantly, I look forward with an even bigger smile. It’s funny, the industry is evolving and changing, but in so many ways it is really still very much the same. I think my initial decade in the industry at SecurityLink prepared me in ways most companies and positions don’t. We just didn’t know you couldn’t do something. There were some tough times, but I really enjoyed the people I worked with and the roles I was given, and I was young and ambitious so those tough times were seen more as a challenge to overcome.”

Groomed and Mentored by the Best

“I’ve had the pleasure to work with some of the industry’s greats: Jim Covert, Tim Whall and Joe Nuccio [all SSI Hall of Famers], to name a few. Jim is a masterful dealmaker and one of the most loyal leaders this industry has ever seen. Tim is one of the industry’s best operators; he knows his numbers, builds strong leadership teams and drives the business. Joe understands people and has everyone’s best interests in mind and shares the wealth. Blend these great leaders together and you have a powerful combination of talent, wisdom and discernment. I couldn’t have had three better mentors, and there were so many others who shaped me professionally and personally.”

While with SecurityLink from Ameritech in 1998, Byerly appeared on the “Oprah Winfrey Show” in 1998 as a personal and home safety expert. The rub was that two shows were taped each day: Byerly was on the “B” show while the “A” show featured actors Brad Pitt and Anthony Hopkins. The audiences weren’t supposed to know about the other show so as not to be potentially disappointed with the one they got to participate in. However, the “B” show crowd somehow caught wind of the more glamorous “A” program and was consequently less than thrilled to spend their time with Byerly and fellow safety expert Bob Stuber.

“The biggest contrast vs. 25 years ago is the level of interest, awareness and seriousness around security. In the world we live in today, security is no longer a luxury; it is part of our daily lives. We are more aware of it than ever before – whether shopping, traveling, picking up kids from school, going to a theater, using credit cards – you name it, we are all aware of security and it occupies our thoughts more than ever before. Look at the proliferation and acceptance of video; it’s everywhere. The appetite for video and the ability to see things faster and easier than ever before is a huge contrast to the past. We now see the convergence of consumer demands and expectations with security solutions and services driving both the residential and commercial markets.”

“There is an emerging cultural trend that will force us to look at the business differently and may challenge the long-standing fragmentation of the industry. The way we do business must start to focus on the next generation of consumers and business leaders. Culturally, we expect everything at our fingertips, we want technology to be simple and we demand mobility. We expect interoperability and open architecture; going fast are the days of proprietary software or devices. Web solutions and services are commonplace and growing, and younger buyers and decision-makers aren’t familiar with and don’t care about POTS lines and analog cameras. It’s going beyond just IP-enabled devices; it is eventually the entire movement of security devices going direct through APIs. Companies best prepared to adapt will be best positioned to advance with the next generation of security buyers. This could be the first time we see true security industry consolidation.”