Stanley Oppenheim, president of DGA Security Systems and Affiliated Monitoring, has been inducted into the 2015 SSI Industry Hall of Fame. 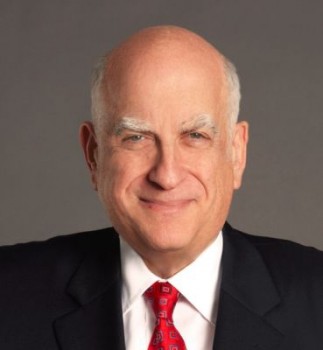 “I have been fortunate in that I began my career in the security systems industry at a young age and with singular focus have had a career now lasting over 50 years. I have always enjoyed my time in the security systems industry and therefore have enjoyed every day that I have worked. The challenge I face daily has not changed from the beginning of my career and that is to have the right person for the job in the right position. Life experiences teach you that the good times will end eventually as well as the bad times will end eventually. A recurring revenue business is a very good method of weathering the ups and downs of business. I learned, and continue to learn, a great deal from my friendships in the alarm industry. Since I bridge the earlier generation to today, I include Ben Call, Sarah Jackson, Stewart Jackson, Norman Rubin, George Smith and many other leaders of the industry as friends. These relationships were instrumental in whatever success I achieve in the industry.”

“When I entered the industry, there was a clear delineation between ‘local’ and ‘central station’ alarm companies. The local alarm company installed systems that only rang an outside bell or sounder and were not monitored by a central station. Central station company systems were monitored via leased direct telephone lines to the central station. The advent of the digital communicator and third-party monitoring companies has completely blurred this distinction. Installations in the early days were very labor intensive compared to today. Windows were foiled and openings were protected with wooden doweled screens custom built for each opening. The only motion sensor available was photoelectric beams that were expensive and difficult to install in their day. Today’s systems give far superior protection for dramatically lower cost than in the past.”

The Big Apple vs. the Big D

“In the 1980s I attended the opening of Smith Alarm’s new central station headquarters in Dallas. It was a state-of-the-art facility at the time and the most resplendent of its day. It was simply beautiful. The facility sat on a six-acre site on Carpenter Freeway in Dallas. George Smith III asked me humbly at the opening reception what I would do different-ly if this was my central station located in Manhattan. My response was if I owned this facility on six acres of land in Manhattan, I wouldn’t be in the alarm business. Years later he told me he had never forgotten that answer.”

“On a practical level, I dream of the day when we can have a form of national alarm licensing where alarm and monitoring companies would not be tormented by state and local jurisdictional licensing.”

Looking Ahead With Eyes Wide Open

“While it is true that our companies welcome and adopt innovation, we are careful not to be on the bleeding edge of technology. We have a very deliberate process at our company where our product development committee carefully evaluates all new products and service offerings. The monitoring company of the future will be monitoring services and technology unimagined at this time. While security and fire monitoring will continue, the Internet and cellular radio will open up a world of alternate monitoring opportunities.”