Security Sales & Integration has inducted NetOne Managing Director David Carter into the 2015 Hall of Fame for his contributions to the electronic security industry. 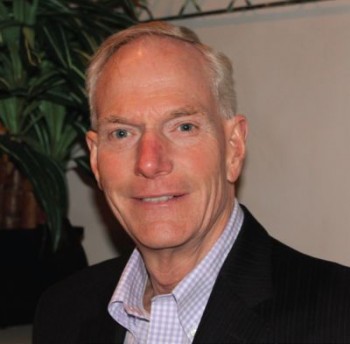 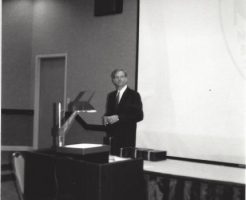 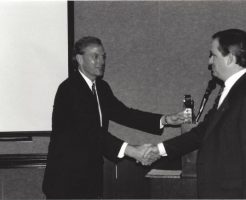 “Success does not follow a linear path. You have to remain focused and dedicated to achieving your goals while recognizing there will be bumps along the way. It seems throughout my life the things I thought about and focused on I ultimately achieved. Like the saying goes, ‘If you think you can or can’t, you’re right.’ I am driven most by the desire to try to make a difference. I would like to be thought of as a person who acted fairly and equitably in all dealings; someone who wanted to build his company to emulate what the industry should be.”

Known by the Company He Kept

“I owe my success to three factors. First, was building the right team. Over the years we assembled an excellent team of people, not so much by good hiring on my part but by luck. Secondly, was being paranoid. I always had a fear that others were doing things better, which forced me to continually evaluate how we could improve. I learned everything I know from others in the business. I don’t think I ever had an original idea. Finally, as mentors, John Jennings and John Mabry were always there to talk about any problem I had and to help me gain clarity. And then there was Bob Bonifas [Jennings, Mabry and Bonifas are all SSI Hall of Famers] and the many others who, whether they knew it or not, helped shape my thoughts, ideas and understanding of the industry.”

“By 1981, I had moved the monitoring in-house away from an answering service, figured out I did not have enough RMR to support it, successfully gotten myself on a COD basis with every supplier, and been ‘visited’ by the IRS for failure to timely remit payroll taxes. Timing and good luck came to my rescue. Within a few months of each other, we took over monitoring and the service agreement for the local school system, and successfully negotiated to take over monitoring of all the banks in the county when the sheriff’s office decided to abandon its police board. Those new customers provided the needed RMR to keep us afloat, as well as a boost to our credibility.”

Looking Back With a Chuckle

“During my tenure as president of CSAA I was also treasurer of NBFAA [now the Electronic Security Association or ESA]. At one meeting, [SSI Hall of Famer] Pat Egan presented me with a ball cap with two brims. One front was embroidered with “CSAA President,” the other with “NBFAA Treasurer.” Of course, I had to wear it with the correct side facing forward depending on who I was representing at the time.”

Changing With the Times

“I think the future is very exciting for those who embrace change and recognize we as an industry must reinvent ourselves while at the same time remain grounded in the provision of professional security. There will be many future challenges from companies outside the industry. We need to be on the offense by understanding the changing expectation of our customers and taking action to meet and exceed those expectations. Our customers want to interface with us and their systems in new ways. They want their systems to do more than just intrusion and fire. They are looking for ‘coolness’ in the products and services they choose. Simply, we must remain relevant to our customers.”