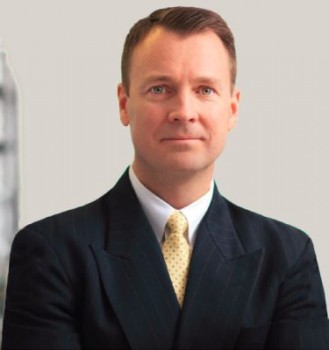 “I attribute all of my success to the people I worked for, with and the ones I was privileged to lead. The greatest challenges always came with the greatest opportunities as I accepted new roles or worked for different businesses. I dealt with each situation by first understanding clearly what was expected of me, developing a plan to meet those expectations and surrounding myself with people I knew could help me execute. I learned everything from somebody else and never once read a textbook or manual on how to effectively support an alarm company. My list of mentors is long and impressive starting with Jeff Atkins and Michael Shaw who first hired me into the industry, Peter Rogers, Russ MacDonnell, Bob Gaucher, Jim Covert, Ron Davis, Joe Nuccio, Brett Bontrager and most of all Tim Whall. Although each represented different views on how to operate a successful business they were all driven to succeed as leaders and I regularly benefitted from their wisdom.”

Benefits of Being Inquisitive, IT Savvy

“My early days were about learning different parts of the business through more than just osmosis. They say the question is sometimes as important as the answer. I did all I could to ask the right questions of the right people so when it was my turn to give the answers, I was able to respond quickly and accurately. I also applied my IT skills in a more hands-on approach than I do today to access and manipulate data in ways my peer group could not. This process eventually enabled me to garner the attention of senior leadership and I was asked to develop systems to tackle some of the hardest tactical problems in the business.”

Recovering From a Health Scare

“Many people are aware of the brain tumor I had removed over five years ago but only a few know all the personal challenges I faced those first few months during and after the surgery. There was no guarantee of survival followed by no guarantee of recovery. Biopsy results afterwards showed the tumor to be benign thereby sparing my life but the loss of sight, mobility and inability to swallow without any promise of improvement challenged me every minute with how I should respond. My support group was second to none but the feeling that I might become less relevant in this world was devastating and it affected me harder than anything has in my life. I’ve since come to accept this experience as a gift of perspective and do my best to apply it whenever I can and with whomever I’m with.”

“In 1988 I had just turned down a great job offer to work as a computer programmer and instead accepted an offer to become the central station manager for Securitylink, working for Jeff Atkins and Michael Shaw. On my first day working in the industry Jeff suggested I work the swing shift and have one of the operators train me on the Sonitrol 5600 workstation. After eight solid hours of being yelled at by one of my subordinates to ‘clear’ accounts from one of the 56 blaring speakers, I went home thinking I made the worst mistake of my life. If not for my brother Todd, who joined me less than a week later to help ease the pain of my baptism, I wouldn’t be where I am today.”

“I’ve given my entire career to this industry and although I’ve done my best to facilitate the development of better technology and processes to minimize the impact of false alarms, the truth remains that we still ask the cops to respond 98+% of the time for no reason. I hate this about our industry even though I applaud everyone’s effort to improve the situation. We praise our officers for risking their lives every day on the job and they in turn rightfully accuse us of risking their lives for no reason. I look forward to the day when every alarm is verified.”