Keith Ladd, founder of The Protection Bureau, has been inducted into Security Sales & Integration’s 2015 Hall of Fame class. 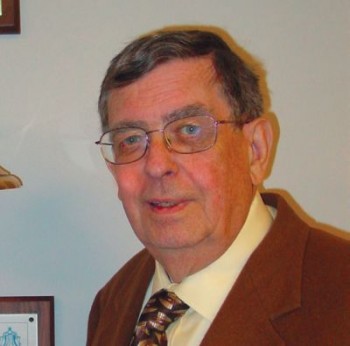 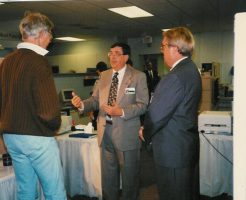 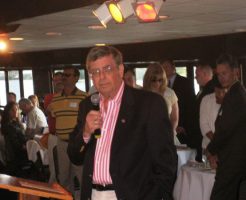 Thinking Outside the Box

His greatest attribute is said to have been his intelligent and analytical mind. He looked at situations from all directions to make the right decision, doing what he felt was best for his company and its employees rather than just going with the crowd. He loved challenges and wasn’t one to sit back and wait for answers; he sought them out. The word “can’t” did not exist in his vocabulary. He would find a new system type and figure out how it worked. It was a new industry and he designed a way to make it all work together. Another quality he possessed was the ability to speak to people and earn their trust and respect. He had a genuine interest in people.

He was revered as a charitable and honest gentleman who took every opportunity to give back to his employees, the community and the industry. He believed being involved in the industry in which you work is vital to its and your own success. SSI Hall of Famer Pat Egan called him a “mild-mannered superman,” someone who never got mad and was particularly good at getting people to work together. He took clients’ safety personally. When a customer called to tell him that he saved their lives because of the smoke detectors he recommended they install, he wept.

Ladd attended seminary for a brief time, intending to go into ministry. He ultimately chose to go into business believing the business world needed people with values. He also had a wicked sense of humor, and enjoyed engaging his employees in fun team-building outings like games and paintball in full gear.

“A very early contract Keith tried to get was for a very large home being built in our county,” recalls son and current CEO of The Protection Bureau Matthew Ladd. “The owner was a self-made man, like Keith, but had already achieved the success Keith would have later in life. Walking through the home doing a security survey, Keith noticed that the house had seven bathrooms. He asked the owner if he didn’t get the security system job could he have the con-cession for the toilet paper! Of course, he got the security system and that man is a longtime customer of ours.”