FCC filings reveal Wink is making its own Z-Wave motion sensor (left), security siren (right) and door/window sensor (not pictured), abandoning the tradition of leaving IoT hardware to third-party manufacturers. What might the famous musician do with the devices under his i.am+ gadget brand?

Recently acquired by Black Eye Peas member Will.i.am, Wink Labs seems to be shifting gears, for the first time making its own Wink-branded peripherals beginning with a line of Z-Wave security products.

The company launched about four years ago with a home automation hub and SHaaS (smart home as a service) platform for all the IoT world to connect to.

They wouldn’t be the first security peripherals to come out of Wink. The manufacturer promised its own Spotter Wi-Fi multipurpose sensor for quite some time, but the product was long delayed and rarely purchased.

No biggie, they had much bigger plans than collecting a little margin on sales of its own products.

Back in the day, Wink’s big plan – seemingly a reasonable one – was to bring big-name smart-device manufacturers into the family, and build out the biggest ecosystem of interconnected smart-things that ever was.

Wink’s big plan wasn’t about selling its own end devices, but selling the ecosystem, the platform, the services, and a whole bunch of other people’s products — anything that communicated via ZigBee, Z-Wave, Wi-Fi, Lutron Clear Connect, Bluetooth (BLE) or 433 MHz (Kidde smoke/CO detectors and other security products).

Wink does integrate with a ton of third-party devices, especially of Z-Wave variety, but the company sells some super-duper-partner products direct through its own e-commerce engine – typically for just a few bucks more than the street price elsewhere.

In developing its own line of peripherals today, Wink is simply following so many other home-automation companies that initially insisted they were “software companies,” and not in the business of making and selling hardware.

Samsung’s SmartThings, for example, now offers its own line of security sensors.

SHaaS provider Alarm.com (Nasdaq: ALRM) has dramatically escalated its hardware development over the past couple of years (thermostats, cameras, video servers and more). Hardware sales are soaring, now comprising about 33% of overall revenues.

Others, like Lowe’s Iris, has always been about the hardware. The home-improvement store offers a wide range of Iris-branded peripherals including cameras, sensors, keyfobs, pendants and smart plugs.

What Would Will.i.am Think?

Will.i.am only just acquired Wink a few weeks ago, so he probably had little to do with the new smart-home devices. Even so, he probably digs the new direction.

About four years ago, the musician launched i.am+ (pronounced “I am plus”), a gadget company that has made and sold iPhone camera accessories (foto.shoto), smart watches (dial), and Bluetooth headphones, — all providing “sought-after fashion” statements and “premium” user experiences.

Wink will fall under that business unit.

I’ve tried unsuccessfully to speak with a Will.i.am rep – or, perchance, even the man himself? – but no go, even after deleting my #AbbaFan tweets.

A Wink spokesperson said the company isn’t ready to talk about the Wink acquisition.

This leaves me no other choice than to speculate, which is generally more interesting than the real deal anyway.

So … Home automation “hubs” and “platforms” don’t sell. They just don’t. People will never understand them. They will never be sexy (the hubs, not the people).

In fact, the business of IoT is all about the end devices — what they do, how they’re sold and supported, and to a very large degree how sexy they are.

We never thought headphones or phone phones or light bulbs or intercoms would scream sexy. Yet the first ones to transform the ugly ducklings into home-tech honeys did pretty well for themselves.

Now you take something as inconsolably sad as a motion sensor or a siren.  What if these incidentals could be made as cool as Will.i.am himself? Impossible? Tell that to Dr. Dre.

On the other hand, maybe Wink’s new owner actually wants to go nuts with the whole smart-home platform thing. I would then wish Will.i.am and the team much luck. Wink couldn’t do it. Nor could its default owner Flex after that. Nor could 99% of the other entrepreneurs and IoT gurus that preceded them all (below).

Or maybe, just maybe, Will.i.am simply wanted that sexy brand – Wink – and the very valuable four-letter URL that came with it.

Research: RMR Potential of Smart Home Devices on the Rise 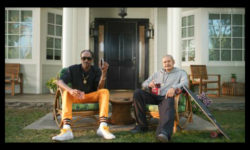