The term “high-definition” is synonymous with clear, bright video that delivers unparalleled detail and clarity in all images. It was not that long ago when HD was the hot new technology in the security industry, yet these days HD resolution is almost an afterthought: most surveillance cameras, recorders, and monitors offer at least 1080p resolution.

The accelerated pace of technological advancement, coupled with the need for ever-higher resolutions, has delivered the next generation of video resolution: 4K, or Ultra High Definition (UHD). Technically, most surveillance cameras utilize the ultra-high-definition television (UHDTV) standard, the 4K standard for television and computer monitors. UHD has twice the horizontal and vertical resolution of 1080p, a resolution of 3840 Ã— 2160 (8.3 MP), with an approximate 1.78:1 aspect ratio.

Adopting the latest technology, however, comes with a price. In addition to the cost of new solutions there is the investment in infrastructure -running new cable and purchasing back-end equipment -which can lower ROI in surveillance installations. One solution to boost total cost of ownership is to leverage the infrastructure by using products that can easily replace existing hardware and that offer 4K resolution. Traditionally, obtaining higher-resolutions has been limited to IP systems, but an innovative new 4K over coax solution is changing the landscape of 4K video surveillance.

Higher resolutions require advanced equipment to transmit the video signal. Like most HD cameras, many 4K cameras are network cameras that require an existing IP infrastructure to transmit video signals. Using 4K technology to its full potential presents challenges for applications that are not equipped to transmit large amounts of data over an IP network or that have not yet upgraded to an IP-based surveillance system. Dahua Technology USA, a leading manufacturer of video surveillance solutions, has solved this problem with the introduction of the first cameras that leverage coaxial cable to deliver 4K UHD video.

The future has arrived for superior video surveillance and Dahua is changing the landscape. Users previously hindered by the costs associated with upgrading cables and equipment can now enjoy the unparalleled image resolution of 4K while maximizing existing infrastructure. Additionally, industries that require a hard-wired system to ensure data security will benefit from this revolutionary 4K over coax solution. Dahua is the only video surveillance manufacturer to provide security professionals with this solution, offering incredible performance and cost advantages. Innovative video surveillance technology is part of why Dahua is proven the world over. 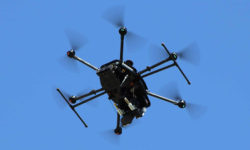 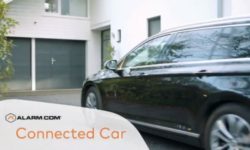 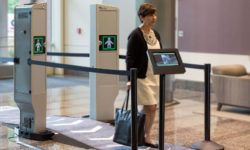 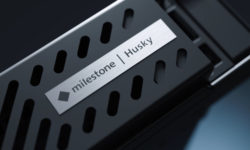