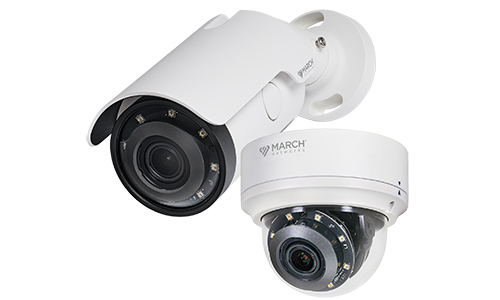 The Ottawa-based manufacturer March Networks has added to its line of IP security cameras with its new ME8 series of products.

Through its AI technologies, the latest series of IP cameras from March Networks offers the ability to accurately detect people and vehicles, and the combination of built-in intelligence and next-generation security analytics with UltraHD 4K resolutions (8MP) provides users with sharp and detailed images.

“The addition of the ME8 Series cameras aligns with our plan to offer customers a fully AI-enabled product line,” says Net Payne, chief sales & marketing officer, March Networks. “Migrating customers to the Cloud and AI-enabling our product line is our core focus. The AI-models in these cameras allow for a level of accuracy in detecting people and vehicles that can help to resolve security incidents that much quicker. Because of this accuracy, false alarms are greatly reduced.”

ME8 Series of IP Cameras Support a Range of Applications

March Networks explains that security integrators can employ the new ME8 series of IP cameras for public and private spaces by detecting atypical activity more rapidly and more consistently. Using the built-in intelligence within the new cameras, property owners can then quickly respond to incidents to minimize the possibility of situations becoming dangerous.

According to the company, when the ME8 series is utilized with its Searchlight data analytic software, the cameras can intelligently capture information on non-security related events, such as curbside deliveries.

The ME8 series is available in a choice of two models that are fully compliant with the U.S. National Defense Authorization Act (NDAA). March Networks says the IR dome model is an indoor/outdoor solution that features a 3.6-11mm motorized P-Iris lens. The IR DuraBullet model is purpose-built for outdoor installations and like the dome model, it incorporates a 3.6-11mm motorized P-Iris lens.

In addition, the Canadian company emphasizes, both ME8 Series models have built-in IR LEDs that can illuminate objects in the dark at over 131 feet (40 meters) away. Both are also protected by weather-proof (IP66), vandal-resistant (IK10) enclosures. 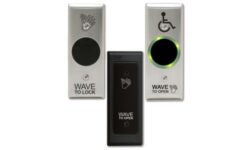 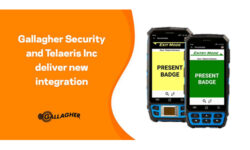