“Probably the biggest influence on my career was my father, Philip. While in his 40s, he switched careers and took over a relatively small alarm company with large company issues. I was able to learn from the way he dealt with customers, employees and the industry. Additionally, having been on a football team in college, you learn to deal with adversity and see things through to the end. You also learn that everyone on your team needs to perform their function properly in order for the team to succeed.

“Most people might say working with family is difficult. Fortunately, the opposite is true for me. Working with my father and older brother, Robert, was easy. It was a team effort. And now that my son, Jared, and my brother’s son, David, are in the business, it’s very rewarding to watch them work together as my brother and I have over the past 40+ years.”

“Being the oldest central station company in the industry is certainly a distinctive feature. Over the years, we have not compromised our principles, even when they conflict with some of the practices of the associations, which we felt could have been counterproductive to the industry.”

“I felt it was important to be involved and promote what I felt was right for the industry. The committee work was even more interesting. By being involved, you could not only learn where the codes and standards were headed but you could be involved in the process of change.”

“While trying to promote UL’s certificate service for fire alarm, I met with fire officials and UL to see if they would adopt UL’s service. We spoke about smoke detector spacing and how UL certificates systems. The main fire marshal said he had an issue at one of his firehouses. A contractor was installing a fire alarm system in the firehouse and had leftover smoke detectors. Rather than putting them back in stock, the contractor put all the extra smoke detectors in the bays where the firetrucks were. Every time they responded to a fire, the smoke alarm would go off when the fire trucks started! He wanted to know if following the standard would have prevented that.”

“I would want systems to be installed according to the appropriate codes and standards. This way the companies and individuals using the systems, the AHJs approving the systems and the insurance companies giving any discounts for use of those systems could have comfort knowing they were installed and would be maintained properly.”

Continue to the next page for a profile of Jerry Lenander… 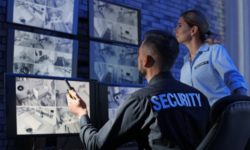 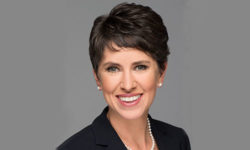 How IST Has Become One of Hawaii’s Most Lauded Businesses

On the RISE: Kyle Gansemer Designs a Career in Security