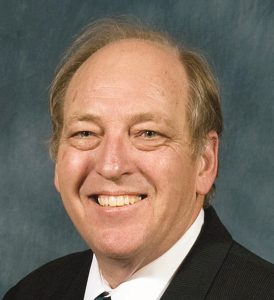 “I had spent several years traveling internationally with the U.S. Olympic movement wrestling program and without language skills, became a good listener and observer of human traits. I have been on all sides of philanthropy, providing me a perspective on what each party is pursuing and the ability to shape programs and events to advance their goals and objectives.

“My involvement began with SIA by happenstance when [SSI Industry Hall of Famer] Ron Spiller hired me, but I found a quick home in this industry. It has proven to be full of quality people, entrepreneurial and family oriented. When I joined SIA, as just its fourth staff member, we had four ISC Expos each year, in Los Angeles/Anaheim, Dallas, Orlando and New York.

“In 1997, [SSI Industry Hall of Famer] George Gunning hired me in for the CAA and subsequently for the WBFAA UATC. He was an extraordinary strong volunteer leader and sound critic who always focused on the overall good of the organization. His final words to me before he passed away [in 2019] were to spread the word to: ‘Join your association, participate and pursue workforce development.’

“I continue to expand the CAA as a state trade association with support for government and regulatory affairs at the local, state and federal levels. The focus is on training, education and compliance, and increasing networking and marketing opportunities. I support all state associations through our publishing of newsletters, and an expanded program at ISC West. I am driven to see those I work for and with achieve their goals. I enjoy my work and, while challenging, it is what I was built to do.”

He won a subscription sales contest two years in a row when he was 12 years old and received a trip to Hawaii with the Daily Breeze newspaper … Attended his first rock concert in 1973 (the Rolling Stones) at Los Angeles Forum … He returned to the Forum in 1987 to produce Merle Haggard’s 50th birthday surprise party, with The Judds leading 18,000 people in singing happy birthday … He volunteered several years for the Nancy Reagan Foundation to support its celebrity tennis event, where he coordinated photographs. Everyone on his Christmas list received a card of himself and the Reagans … He volunteered for the Genesis Awards and Fund for Animals. There is a photo of himself, a Bengal tiger and actress Tippi Hedren at her reserve in Los Angeles.

“In 1987, the top concerns were consolidation of the vendors, acquisitions among the dealer and integrator base, and the threat of low/no-cost installations. The concerns are the same except we are in a much larger industry. Larger dealers have financial resources, and some feel they can purchase the services they need in government affairs, public safety liaison and consumer relations. The reality is these big firms are an asset, an asset that is stronger if they engage and participate in their local and statewide trade associations.”

Continue to the next page for a profile of Michael Marks… 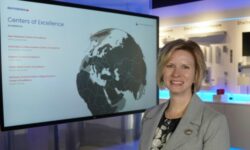 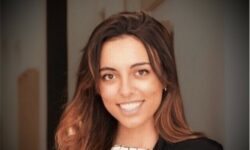 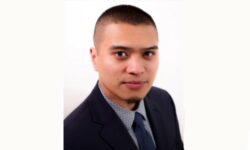 On the RISE: Ernie Velayo Preaches for More DE&I