As the demand for body cameras increases, so do the requirements for sophisticated digital evidence management ecosystems, says IHS Markit. 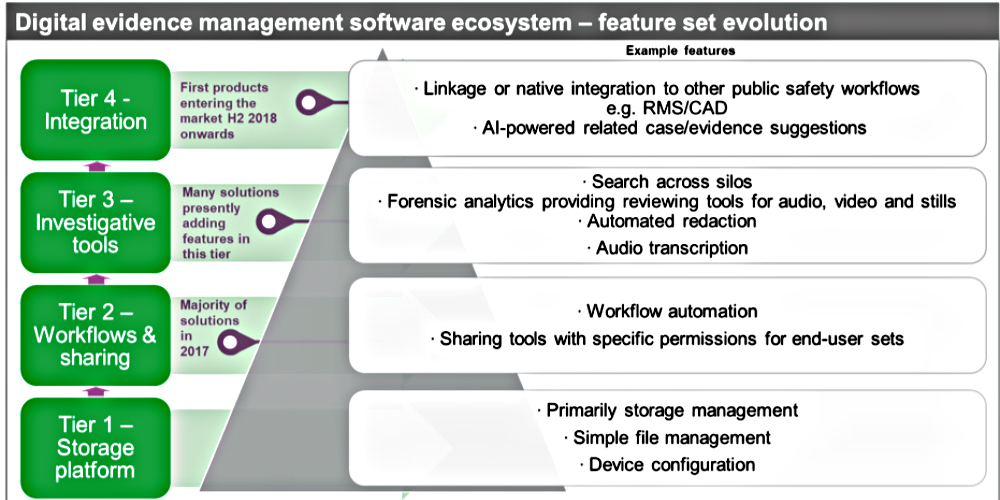 The global installed base for police body cameras is forecast to increase by nearly 30% in 2018, exceeding 1.5 million body-worn cameras in use worldwide, according to IHS Markit. 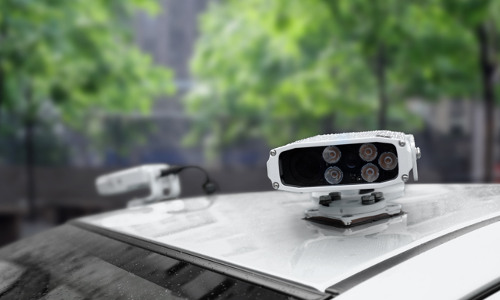 The software can act as a platform to connect existing repositories and device configuration applications. Digital evidence software can be bundled with body-worn cameras or in-car systems or sold separately.

The market for digital evidence-management software has evolved rapidly, since federal funding programs in the United States for law enforcement body-worn cameras were announced in 2014. This funding and subsequent initiatives stimulated and accelerated increases in shipments of body-worn cameras in the U.S. and globally, setting the current trajectory toward increasingly sophisticated digital evidence-management solutions.

The diagram above illustrates the evolution of capabilities in available digital evidence-management ecosystems. Example features are organized in four cumulative tiers, with increasing levels of feature sophistication, from tier one to tier four.

The capabilities of digital evidence-management software can range from simple media storage to sophisticated investigation and case-building tools. The evolution of the ecosystem and integrations with records management systems and other existing law enforcement workflows allow law enforcement to gain additional efficiencies and insights from digital multimedia evidence. These workflows offer the potential for quicker evidence availability and wider-reaching investigations.