A new Freedonia Group study projects demand for security cameras will increase 7.2% annually through 2021 to $2.8 billion.

In 2016, dome cameras accounted for the largest share of video surveillance camera demand with 42%, according to Freedonia Group.

CLEVELAND — Security cameras accounted for approximately half of all video surveillance system sales in terms of value in 2016 and are forecast to represent 70% of additional total sales growth through 2021, according to a new report by Freedonia Group.

The research firm, based here, further projects that demand for security cameras will increase 7.2% annually through 2021 to $2.8 billion.

Numerous technological innovations across the video surveillance sector have added performance advantages and increased functionality, which spur end users to upgrade existing installations before their useful lifespans are over. The ongoing migration of legacy analog systems to IP-based systems is one such example.

The continued downward pressure on margins is affecting how some manufacturers are positioning themselves in the market, Katherine Brink, a Freedonia Group industry analyst, tells SSI.

“A growing number of camera suppliers are focusing on not just the equipment, but rather providing an entire solution or making it easier for their customers to have greater flexibility in their video surveillance systems,” Brink says. “As the prices of more advanced equipment come down, the focus is increasingly on the related services and other additional components — such as software and storage — that the companies can provide to their customers.”

Even though other components will not see advances as rapid as those posted in the cameras segment, according to the research firm, growth opportunities exist in a variety areas. Freedonia’s study indicates the rising use of ultra-high definition cameras and recording equipment will support increasing sales of high quality, higher value monitors, such as 4K and 8K types, albeit from a small base. Sales of encoders will also see new opportunities as interest in HD analog systems grows.

Among the video surveillance sector’s primary challenges going forward, Brink suggests market saturation is one to keep a close watch on.

Currently, the industry has been experiencing substantial growth as end users that may not have been willing to invest in video surveillance systems five years ago have decided the systems are now affordable enough to implement. At some point, however, the market will begin struggling to generate new demand for products.

Brink does not venture a time frame when the market will reach that point, but eventually the number of existing potential customers that believe a video surveillance systems is worth the investment will already have their purchases.

“For equipment manufacturers, upgrade sales to existing customers will become increasingly important as the market becomes more saturated,” Brink says. “Innovations that focus on providing solid benefits to customers has always been an important consideration in the industry, but I think it will play an even greater role going forward.” 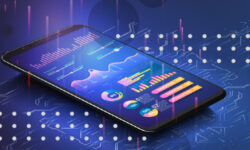 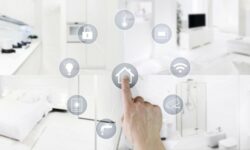 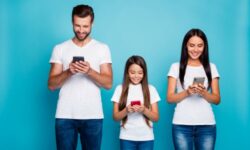 Report: 27% of U.S. Broadband Households More Concerned About Physical Security Than 5 Years Ago