No piece of information is too small or obscure when it comes to formulating a marketing plan. Dig into these statistics on smart lock purchases by household size. 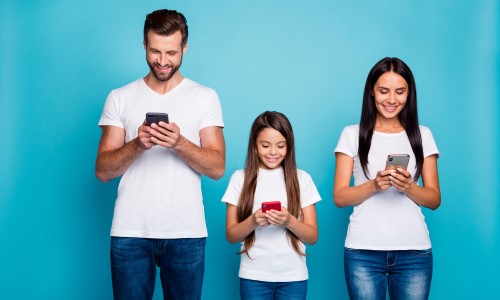 Often, we will revisit a previous infographic — usually from a year or more ago — and see if the new numbers reflect any interesting changes. We performed this exercise last month, when an infographic from November 2020 — which examined the relationship between connected lock sales and the age of the purchaser — showed a noticeable shift: the 65+ group had made a quantum leap from 16% in the previous survey to a whopping 29%.

Sometimes, however, this exercise reveals that while there has been some shift in some areas of purchasing behavior, it’s not as dramatic as we might have thought. While perhaps not as interesting from a statistics perspective, it nonetheless helps provide the smart home or smart lock dealer with information that reinforces a purchasing approach they may already be using.

With that as a backdrop, we went back and examined the infographic from September of 2020, entitled “Connected Electronic Locks: Purchased by Household Size.” (As always, it was one in an ongoing series of infographics produced from information provided by TraQline, a company enlisted by lock manufacturer Kwikset to track purchasing habits and patterns.) 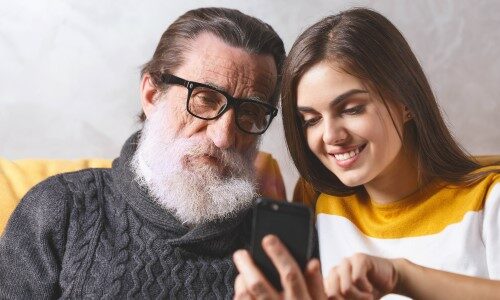 This infographic tells us a lot about what has changed — and what hasn’t — in terms of buying trends of connected electronic locks related to number of people in the household.

Why is that? Do two-member households have more time to think about things like security, given that they don’t have the distractions and responsibilities that come with caring for other family members, especially children? 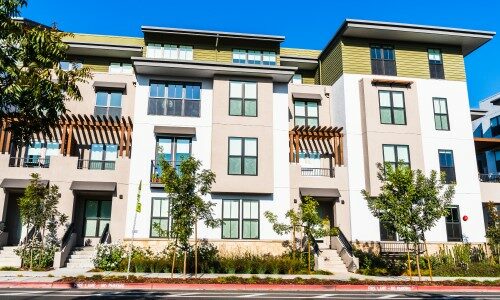 Does it mean that they have more disposable income and can afford the extra cost associated with a connected smart lock? It’s hard to know, but one thing is certain — two-person households are dominating smart locks sales, and dealers should remain aware of this fact.

What about the change of position between three-member and one-member households? Two notable observations emerge:

As always, the key question is, what is the takeaway for the dealer? There are really two: 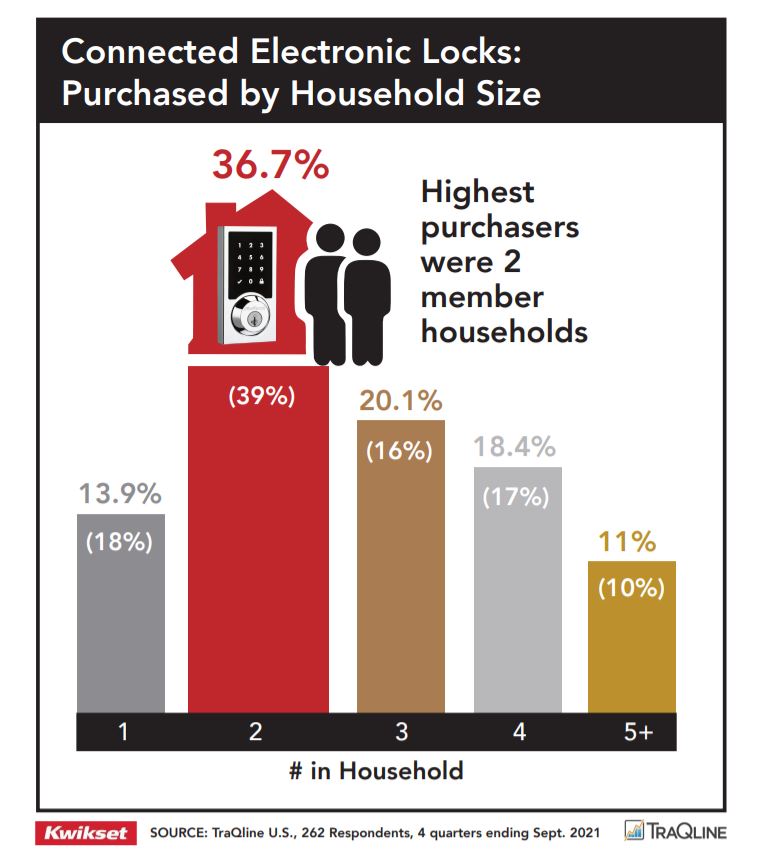