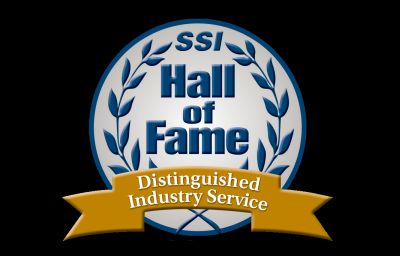 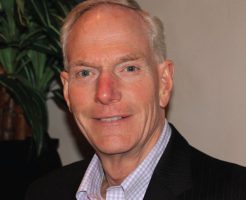 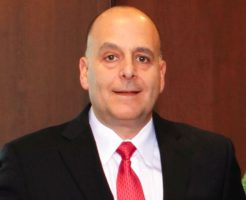 What does the leader of a group of elite security companies, the head of a dominant distributor, an inspirational integrator, an alarm and monitoring giant, and a national provider mastermind all have in common? Despite their diverse specialties, likely a lot in terms of outstanding leadership qualities and mutually exceptional career achievements. Hence, a major accomplishment David Carter, Pat Comunale, the late Keith Ladd, Stanley Oppenheim and Don Young now all share is being elected to Security Sales & Integration‘s Industry Hall of Fame.

When most people think “hall of fame” they think of entertainers such as sports legends and musical greats. While those are fun and the athletes and artists receiving that recognition have undoubtedly excelled in their chosen fields, it’s hardly life and death. That’s what makes SSI‘s Industry Hall of Fame so important and compelling – it honors those whose efforts have had life-and-death consequences. The fact is everyone in all walks and levels of the security/life-safety industry plays a role, some more directly than others, in the noble mission of protecting people and property. SSI‘s Hall salutes those who have had the greatest impact.

Founded in 2004 to represent the highest honor for extraordinary professionalism, conduct and achievement, each year SSI‘s Hall of Fame pays tribute to those remarkable people who have had an unforgettable impact on the industry, sustained over a long and illustrious career. Nominated by past inductees and other luminaries, this year’s five honorees join 73 others (see complete list on page 64) in the industry’s pantheon. The class of 2015 will be recognized in an official induction ceremony held during the SAMMY Awards the eve of ISC West (April 14) at the Sands Convention Center in Las Vegas.

Here are some highlights concerning the Class of 2015. Carter built one of country’s strongest independent security services companies and grew it even larger as part of a utility, and then guided NetOne (formerly Security Network of America) and its member companies to great success. Comunale’s 25 years of leadership and expertise building security manufacturing and distribution businesses has culminated in Tri-Ed‘s recent acquisition by Anixter. Ladd was a humanitarian who founded The Protection Bureau and the Pennsylvania Burglar and Fire Alarm Association. Oppenheim is a widely known industry figure who founded DGA Security Systems and Affiliated Monitoring. Young is an IT and operations innovator who plied his trade to SecurityLink, ASG Security, ADT, HSM, Stanley and Protection 1.

Based on extensive interviews with each subject or their associates, the following profiles encapsulate how they faced challenges head-on, and enriched themselves, those around them and the industry at large.SSI is delighted to officially welcome these pivotal and praiseworthy members of the security community into the Hall of Fame.

For more photos of this year’sSSI Hall of Fame inductees, visit the Slideshows section of securitysales.com.