How Advancements in Thermal Camera Tech Are Heating Up Opportunities

Breakthroughs in heat-based imaging have not only become increasingly reliable, but exponentially more affordable. Video surveillance experts round up notable advancements, new use cases and more. 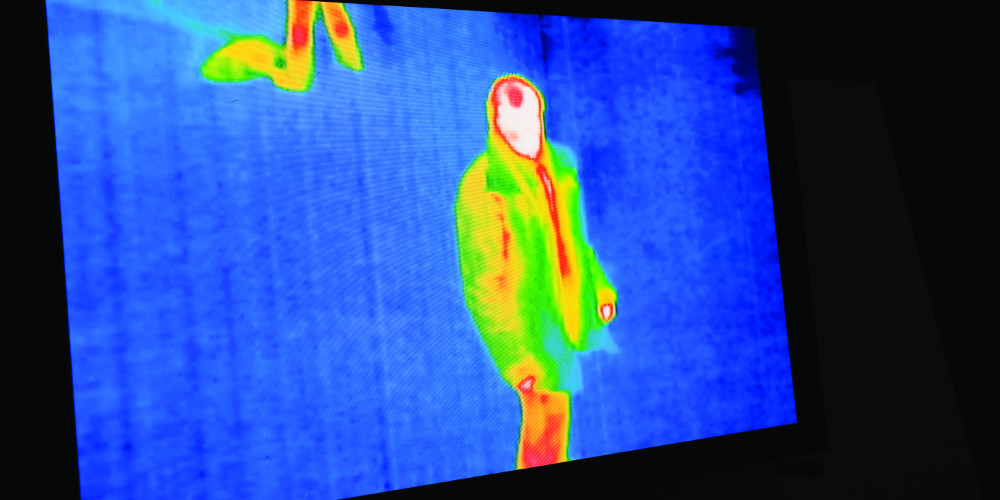 Advancements in surveillance camera technology occur at a staggering pace. Whether it’s the latest imaging processor, video compression standard or megapixel count, there is now a solution for virtually any application.

However, even with all the improvements to camera optics, there are some cases where low-light surveillance cameras just don’t cut it. Curious what kinds of things go bump in the night?

Read on to see what a handful of security camera experts have to say about the recent developments in thermal technology, as well as new use cases, trends and more.

As with many technologies, the performance of thermal cameras continues to get better while their cost gets lower. With lower cost comes wider adoption.

Hikvision Product Manager Dan Stanfield says, “Certainly lower pricing is having an impact on usability by making the cameras more affordable, but the big gains in usability are improvements that take these cameras out of a narrow niche of the video security market and into the broader market.” 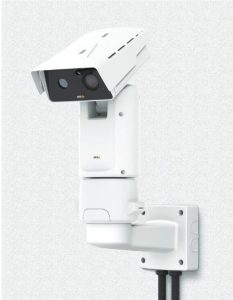 Bi-spectral cameras feature two lenses: one for a thermal image stream, and a second for a colored visual stream. Together, you get thermal detection, visual identification and p/t/z capabilities all in one solution.

With improved usability at a more affordable cost, integrators can use thermal cameras for more applications than ever before. Camera manufacturers have begun introducing new models that feature the seamless integration of a second visible light camera.

“The first is, very simply, providing that color detail of scene that uses the more reliable thermal with video content analysis [VCA] combination to detect the target. More powerfully, as with bi-spectrum pan/tilt/zoom cameras, the thermal side is used for detection, with the additional capability to track targets once detected and use the visible camera to zoom in on the target, providing even more detail while additionally being able to move outside the original field of view,” he explains. “And second, and almost as important, is that these cameras are improving the total cost of ownership and return on investment.”

Since a bi-spectrum model is essentially a two-in-one camera, it also eliminates the need for a second installation. Think of all the time you can save by not having to install a second mount, second power drop, second network cable and second IP address. Of course, the major benefit for the end user is they get a detailed color image in addition to the thermal capability.

The Case for Cameras as Sensors

While the thermal imaging side of these cameras has been around for a while, the actual imager hasn’t seen much change, according to Bosch Security Systems Business Development Manager Jon Carstensen. Instead, what has changed in the market is what the industry is doing with the thermal image.

“So specific to thermal technology — really the thing we start to see now as we move into 2018 is how we can take a thermal camera and really just use it as an incredibly sophisticated and accurate sensor. And with that sensor, we can use it to test and identify and even alert with some more intelligent backend behind the camera,” he says. 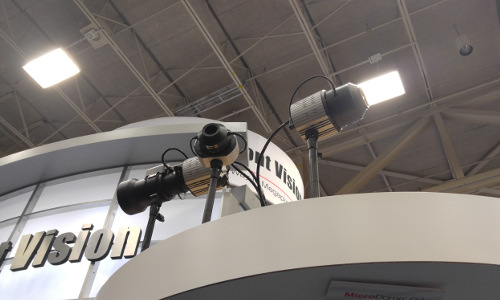 Carstensen also believes that in the next two to three years cameras will almost exclusively be referred to as sensors. This is due in large part to the emergence of autonomous vehicles. He says the speed of which technology improves is being driven by the autonomous vehicle market.

“That is really going to push our side of the world — security and cameras — to really look at our camera sensors. So in terms of trends, in two, three years I really see the terminology of camera being replaced as sensors,” he explains. “And even in five years, this idea of IoT and total connectivity with cameras which I think will be called sensors, is going to be a lot more advanced than we can probably imagine because everything will be interconnected and one security device, a camera, will really be a sensor to maybe even help drive cars on the road and help control pedestrians as they are crossing traffic and intersections.”

Matt Bretoi, vice president of sales for FLIR Security, believes people should look at thermal cameras in a number of different ways.

He says, “While a thermal camera produces a viewable image, it is often better to think of it as a smart sensor instead of a camera. Coupled with classification-based analytics, thermal imagers are all about providing the most effective intrusion detection first, with the added bonus of a good usable image for verification purposes regardless of lighting. Many thermal cameras also provide radiometric functionality (temperature-based measurement and analytics), acting as a sensor based on acceptable temperature limits and/or trends.”

Although traditionally thought of as a solution primarily for commercial and industrial markets, we are slowly seeing that adoption of thermal technology in the residential market as well. “We are certainly seeing thermal cameras being used in high-end residential, where cost is less a factor and improvements in more discreet detection are preferred over lowlight cameras with IR illumination. The application for residential goes to the traditional use — perimeter surveillance and intrusion detection,” says Hikvision’s Dan Stanfield.

We are even seeing more thermal-based consumer products come to fruition. FLIR sells a thermal camera attachment for smartphones, which it says can be used to find areas of heat loss, electrical problems, water damage or even wild life in your backyard. It may not be long before these sensors are built in to high-end smartphones, making heat detection as easy as taking a selfie.

Artificial intelligence (AI) and deep learning are buzzwords that have been floating around for the past year or so. End users want to get as much information from their video footage as possible. They also want to be able to easily and efficiently find what they are looking for.

“Now, with the improved processing power and the deep learning algorithms being developed, we are seeing improvements to VCA performance by being able to focus more on the relevant targets in a scene, like people or vehicles, while filtering out small animals and any other scene movement that could result in an unnecessary alarm,” says Stanfield.

More intelligence can also lead to a reduction in false alarms. “So we’re giving the integrator another tool by creating more intelligence that can alert operators when they need to be alerted. So the integrator has another valuable tool there to take to a customer and not only say we’re going to reduce your false alarms because we have a really intelligent sensor that knows the difference between the rabbit and a human, but we’re also going to automate the process of alerting because our thermal camera saw something that you may have not seen because you were busy on the radio, and we’re going to go ahead and give you a little strobe or a pop-up on your screen so you know you should be looking at this camera,” explains Carstensen.

Carstensen believes thermal technology is like an advanced key for video surveillance because of the intelligence now available. With the ability to use thermal cameras as a sensor, security professionals can now provide more accurate alarming and less false alarms, so the end user is utilizing 90% plus of their system versus less than 10%.

Ryan Zatolokin, senior technologist at Axis Communications, says thermal cameras can also be combined with a separate p/t/z camera to track and follow vehicles or people.

“Back in the day, thermal cameras cost a lot of money, but now we’re seeing very competitive prices on them and the analytics capability on some of these very inexpensive cameras is extremely high. We have partners that make analytics that work off of our thermal cameras that are used to detect people or vehicles and track them as they move across a space,” Zatolokin explains.

He says you could potentially have a thermal camera that’s watching over a large scene that is tied into a p/t/z. The analytics will then track people, vehicles or anything you want to track in an area and send it to a visual handheld zoom camera that will zoom in and follow that person or vehicle throughout the scene — providing a high level of detail that can be used for identification from the handheld zoom.

Shown here is the difference between an optical camera (left) and a thermal one (right). Notice how the thermal allows more vehicle details.

Under the Cover of Darkness

Everyone knows that thermal cameras are well-suited for areas with little to no light. But did you know there are instances in which thermal cameras must be used in place of IR cameras?

Ramy Ayad, senior product manager at Hanwha Techwin America, says many military bases in the United States and around the world do not like to use IR cameras. While infrared light may not be visible to the human eye, it is very visible to satellites.

“Army bases don’t want to use IR what-soever because satellites can see it. It’s like a bright spot in the middle of the ground. So they use thermal cameras as a second option. It’s a more expensive option but that’s what they have to use. Thermal cameras do not emit any light. They just take in the body temperature or an object’s temperature to see in front of it.”

Related: How VTI Security Protected an Electrical Substation With a Radar-Thermal Imaging Solution

Ayad also explains why thermal cameras make for a smart decision when monitoring over long distances.

He says, “If what you care about is fence detection, you can point one camera down one side of the fence and it can see further down because it’s only looking for heat. So if somebody crosses the fence, even half a mile down the way, the camera can still see and trigger an event, versus a regular optical camera, which won’t see that far because of the low light.”

Armed with the latest technology and an increasingly affordable price, thermal cameras have quickly become a must-have tool for many an integrator’s arsenal.

“It is my opinion that virtually every video security system has areas or requirements that can use thermal cameras. And with the advent of the capabilities … improved integration and usability, we will see more installing integrators finding uses for thermal cameras in their everyday systems,” says Stanfield. “There is no question that virtually every camera system has a difficult scene, where ambient light is not available or cannot be improved and you have a scenario for a thermal camera.”