A class-action lawsuit has been filed in the U.S. Court for the District of New Hampshire on behalf of all persons or entities who purchased or otherwise acquired the common stock of Tyco Intl. Ltd. between Oct. 1, 1998 through Oct. 29, 1999.

The complaint alleges Tyco and certain company officers violated the Securities Act of 1934 by making a series of materially false and misleading statements concerning the company’s financial results during the stated period.

The suit alleges Tyco improperly recorded acquisitions using the “pooling of interests” accounting method, which resulted in inflating the company’s financial results. In addition, the suit alleges company officers sold Tyco’s common stock while in possession of nonpublic information. On Dec. 9, Tyco announced that the Securities and Exchange Commission (SEC) had commenced an inquiry into the firm’s accounting practices. 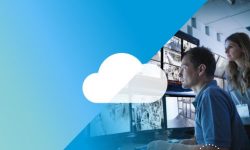