Dear Security Industry: Are These the Drones You’re Looking For?

The industry is buzzing over the use of drones in video surveillance applications. The only question that remains: Are you ready for the revolution?

Ground cameras are limited by their design. Drones have far more freedom to capture images of intruders or other criminal activity.

There is a drone revolution underway. In the past year, drones have been one of the hottest topics for news outlets around the world. Media coverage varies wildly in topic, ranging from how drones will save time, money and lives, to how drones will help grow a nation’s economy. There have also been plenty of public concerns expressed over privacy and safety. What has been less explored, however, is how drones are revolutionizing the security industry.

In the commercial context, the drone that is poised to revolutionize the security industry is not your “grandpa’s drone,” which was primarily an aerial target used by the military. Commercial drones incorporate a sophisticated network of systems, which consist of the aircraft, sensors, two-way communications and ground control station. Residential drone scenarios also pose potential quick-strike security response solutions. Let’s take a closer look at how and why this buzzworthy technology is making so much noise in the security industry.

Additional Capabilities Extend Watch
The fact is ground cameras – no matter how high-tech – are still limited by their design. If an intruder steps out of a camera’s field of vision, the camera essentially becomes useless. The same happens if a criminal sprays the camera dome with paint or puts a hood over it. This won’t be the case with airborne cameras (drones) that operate out-of-reach of criminals.

As drones rise in popularity, current and prospective customers in both residential and commercial sectors will soon be turning to security practitioners to provide total integrated systems that include drone security and surveillance. These customers will need to hire industry experts and just as integrators today serve customers’ demands with ground AV products integrated into a total security system package, they have to be able to offer a new area of service – airborne AV security and drone surveillance – to stay ahead.

RELATED: FAA Official Fears There Could Be ‘A Million Drones Under People’s Christmas Trees’ This Year

Without a doubt, drones will become a major part of future security and surveillance systems. Drones offer a fast-launching, easy-to-operate, portable and cheap replacement to manned aircraft as the “eye in the sky” for most all security applications. They provide added capability that stationary cameras cannot provide. In fact, given the vast need for security across so many vertical markets, such applications will likely be among the top five uses for drones overall within the next five years. A new report from Juniper Research, titled “Drones: Consumer & Commercial Applications, Regulations & Opportunities 2015-2020,” forecasts that consumer drone sales will rise from nearly 4 million this year to 16 million by 2020 in part thanks to more widespread usage and lower costs.

Drones can easily monitor wide swaths of hard-to-reach and high-risk locations such as trails and parking lots, while also providing all first responders with real-time situational awareness during campus emergencies. Unlike fixed video surveillance systems, drones can be deployed at a moment’s notice to any location with no installation costs.

Consider the security needs of universities and schools. The advantages for campus police and security departments using surveillance drones are clear: Drones can easily monitor wide swaths of hard-to-reach and high-risk locations such as trails and parking lots, while also providing all first responders with real-time situational awareness during campus emergencies. Unlike fixed video surveillance systems, drones can be deployed at a moment’s notice to any location with no installation costs.

Sensors & Video a Powerful Tandem
Drone technology offers a much more comprehensive security surveillance system. A drone’s sensors are one of the most important (if not the most important part) of the system. Drone sensors provide the actual imagery that will be used for the chosen application; therefore choice of resolution is extremely important when choosing a sensor. The sensors can be traditional cameras or video systems, thermal infrared imaging systems, light detection and ranging systems (LIDAR), or a variety of other sensors designed for specific applications. For example, a drone carrying a thermal infrared sensor can easily spot a perimeter intruder at night by the heat they emit. The two-way communications are used to get the sensor video and other information to the ground control station and for command and control of the aircraft and sensor. But it is really all about the benefits that an airborne sensor streaming real-time video, such as with a Drone Video System (DVS) can offer to the security industry.

In virtually every possible industry, the sensors carried by the drones provide new ways of conducting business in a more efficient and cost-effective manner. In any industry where cameras were previously carried by helicopters or manned aircraft, drones with cameras can do the same job more effectively and cheaper. It has been estimated that the cost of using a drone for an equivalent helicopter mission is about an order of magnitude less expensive, with even more savings versus a manned aircraft. Collecting irrigation and pesticide data with remote control drones can save farmers significant time and money, for instance.

In fact, the Japanese farm industry has been using drones in this capacity for well over a decade. Law enforcement and first responders are now using drones to monitor dangerous situations in real-time. Fire battalion commanders are using drones to view entire firefighting scenes in order to direct and monitor the safety of their crew and effectiveness of their operations from an aerial view. 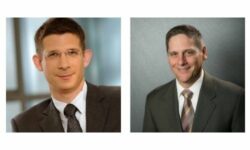