In the rush to be all-IP all the time where it comes to video surveillance, savvy integrators would be wise to remember analog’s legacy is real. Find out how to jump on these numerous maintenance and upgrade opportunities. 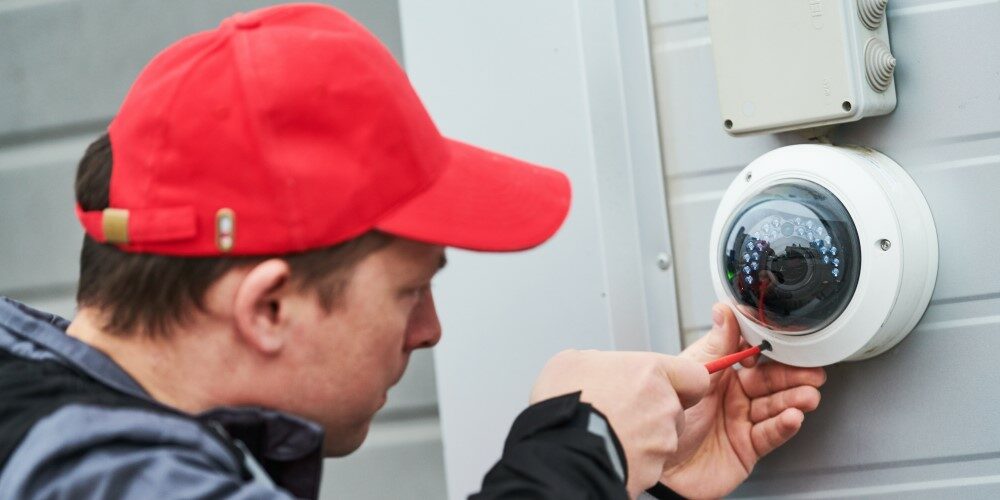 Despite the dominance of new video surveillance sales being IP-based, there remains a substantial percentage of legacy analog-based cameras and DVRs in the marketplace. That represents enormous replacement or upgrade opportunities for integrators.

It all comes down to understanding the mindset of the customer and making the case that a migration to a networked system is a sensible decision. So why exactly are some end users hesitating to upgrade completely from analog and/or hybrid systems?

“Cost is obviously a significant barrier, but one that isn’t talked about enough is knowledge,” says Larry Newman, senior director of sales for Axis Communications. “People just don’t understand how to transition away from an analog system, and they definitely don’t know how easy it can be. But even among those who do understand, there is another concern: cybersecurity. When you transition from an analog system to a digital one, there are naturally going to be new security concerns. Manufacturers and integrators have worked hard to ease those concerns, but some customers are harder to convince than others.” 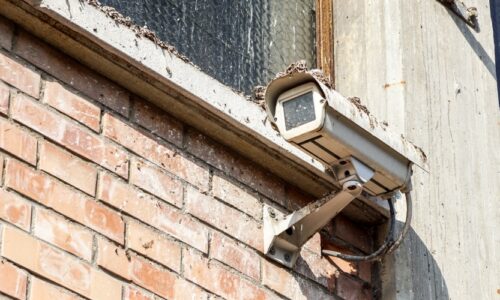 Related: The Integrator’s Guide to Migrating From Analog to IP Video

Steve Wilber, training manager at Dahua Technology USA, also cites cost as the main reason some end users are resisting a full migration to IP. “An existing analog system will typically have coax cable already in place and can be reused with HD analog cameras if connected to an HD DVR. This substantially reduces re-cabling costs,” he says.

Newman points to retail as a market where analog remains prominent. “We’ve spoken to retailers that tell us they still have 10,000 analog cameras or more in use in their stores, maybe as much as 25% of their devices. When you have a ton of devices, the transition will take more time. Banking and finance is another good example. It’s an industry that has historically been slow to adapt, although we’re starting to see them move toward IP now.

“Another one, surprisingly, is casinos. Again, this is mostly due to the massive size of the installation in your average casino. It would cause a serious disruption to replace all of those cameras, despite the fact that casinos could really benefit from analytics and other benefits that IP cameras have to offer.” 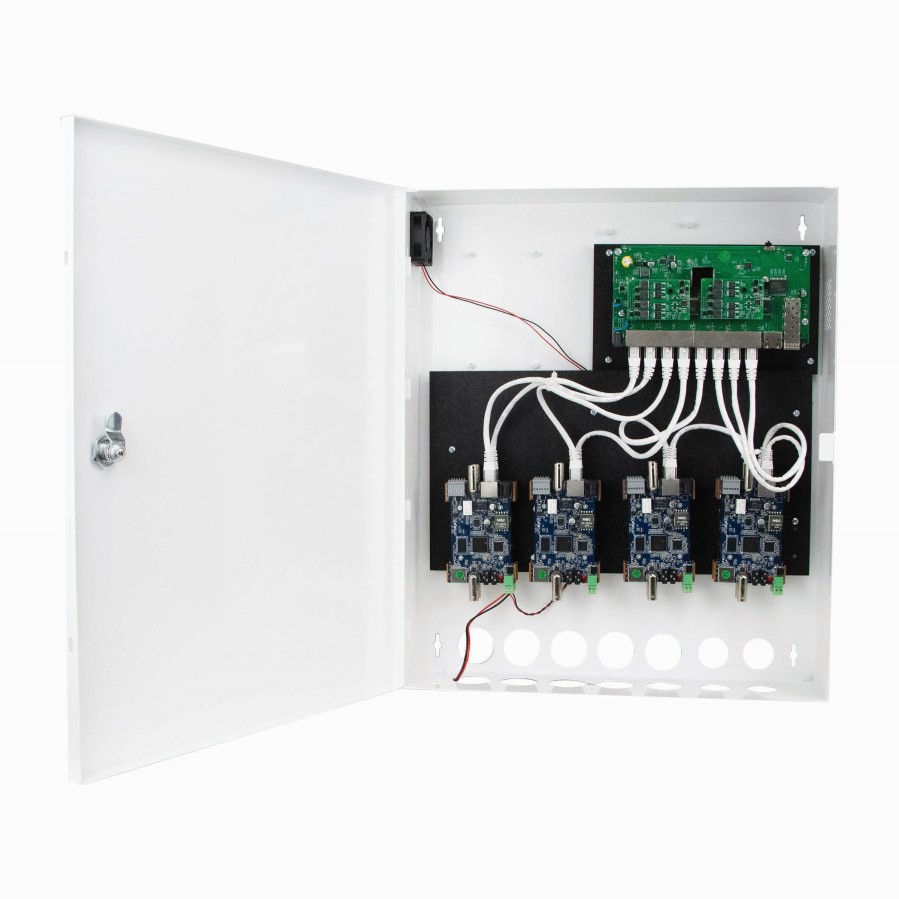 Patrick Kelly, director of IP sales for Digital Watchdog, echoes that there’s still a lot of coaxial infrastructure out there. In a lot of instances, whether it’s the cost of rewiring or the ability to rewire — in the case of a historical building for example — it can limit what can be done regarding a transition to IP, he notes.

Eng points to government and large installations where the cost of switching out the cabling is cost prohibitive as another sector where migration is slower than others.

Rather than viewing the holdout markets as a challenge, dealers and integrators should in-stead view them as opportunities. There are some solid strategies, techniques, and technologies that can help migrate customers toward a networked system.

Generally speaking, although there are fewer analog retrofit applications in existence compared to several years ago, there are still users with analog cameras they aren’t willing to replace just yet, Wilber observes.

“For those customers, purchasing a modern hybrid DVR will give them a bridge to IP. A hybrid DVR can record existing analog cameras and any new cameras purchased will be higher resolution up to 8MP, either in HD analog or IP format,” he says. “Retail kits that contain HD analog cameras and a hybrid DVR are still a big seller, and are attractive to the home or business owner, as well as smaller dealers due to the low cost and savings over an all-IP kit.

“Additionally, it is easier to install for the less experienced. Assuming the customer has an existing analog system in place, replacing a standard definition DVR with an HD hybrid one is a cost-effective migration strategy. This allows the user to still use their analog cameras yet add HD IP cameras in the future.”

Similarly, Eng recommends integrators offer hybrids and/or encoders that help ease into the new technology slowly while being able to still use current equipment.

Newman echoes this approach. “There is a straight-forward migration path for customers through the use of encoders that can bring analog cameras into the IP world. Not only that, but these encoders can actually add certain IP features and functionalities to analog cameras, allowing them to generate data that can be worked with once it is converted. There are also devices that can allow organizations to turn their existing coaxial cables into network-type cables. This enables them to use their existing cable infrastructure even as they convert to IP devices, saving them time, energy, and money that would otherwise have been used to tear out and replace entire cable systems.

“All of this means that the technology has a migration path built right into it, allowing organizations to update their back-end systems and then slowly replace analog cameras one-by-one over time.”

Blending analog cameras/systems with networked alternatives can be a very successful approach – it’s cost effective and scalable for the customer while also presenting sales opportunities to dealers/integrators. “There are billions of dollars of existing coax infrastructure installed and operational throughout the world,” Kelly says. 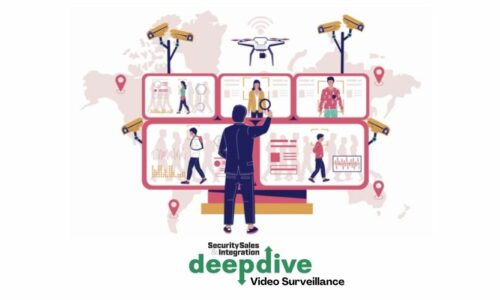 He contends that ripping and replacing is not always the best option as it’s now possible to get up to 4K resolution over coax, so image resolution is no longer a barrier for analog video. “The current opportunity is to manage all the analog, universal HD over coax and megapixel IP cameras within the same interface, teaming with access control and alarms systems, sending alerts to mobile devices.”

Newman reiterates that, through the use of encoders, organizations can update their back-end systems and use an NVR alongside an open-platform VMS. This prolongs the life of their existing analog cameras, he notes, while also easing the transition to IP. And once that analog signal has been digitized and moved into the NVR, basic analytics like motion detection can be applied to it.

“This all makes life easier for integrators because they can work with customers to transition over time rather than forcing a total overhaul. It also changes the way system maintenance works. Instead of traveling to a worksite to conduct manual updates, integrators can now monitor and maintain these systems remotely. This increased efficiency and functionality provides added value for both integrators and their customers,” he adds.

Selling customers on the ROI and Total Cost of Ownership (TCO) of spending now on network migration products and infrastructure to obtain more capabilities, such as integration and scalability, can help them come out ahead financially in the long run. 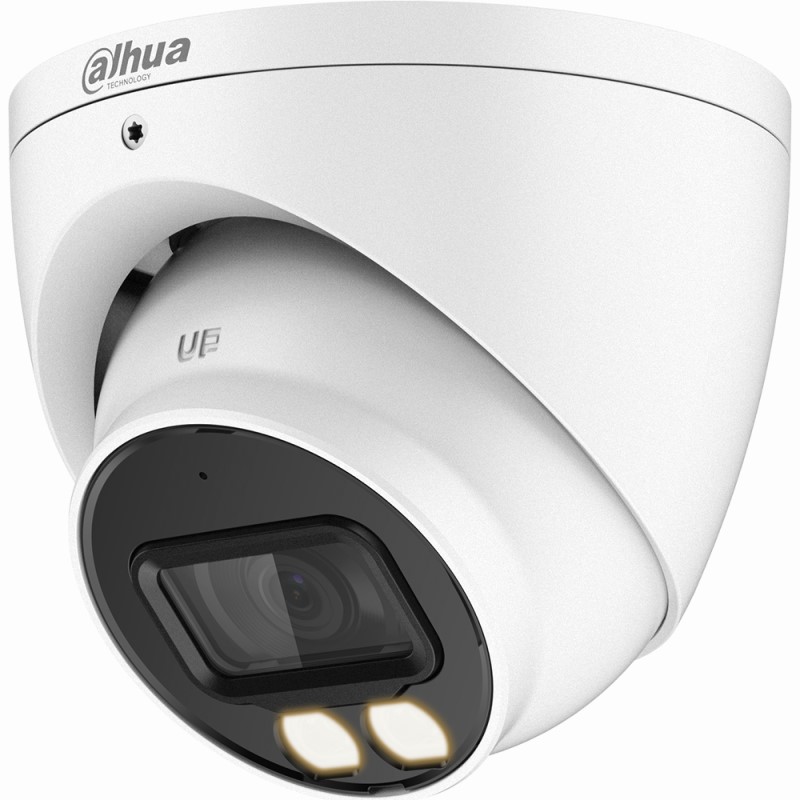 As Wilber explains, “If the analog video end user has short or medium-term plans to have a more intelligent and scalable video security system, it might be better to make the jump and go all digital. Most of the advanced video analytics are only found on the premium NVRs or VMS products. As the camera counts increase in a system, those analytics likely will allow users to keep manpower costs in check, as this can automate notification, deterrence, and response upon certain activity.”

Hybrid DVRs do offer some video analytics, such as human/vehicle detection which decrease false alarms, he adds, but they lack the cutting-edge analytics found in those premium IP-only recorders.

It’s difficult to measure ROI and TCO when there are other intrinsic benefits of IP over analog such as the ability to run analytics at the camera, Eng says, when an IP system can provide people or vehicle detection, face detection, etc.

“What is the value of that? With analog, much computing power is at the recorder. With higher channel capacity, it requires very robust processing especially if you want higher MP and frame rates. With IP, much of the computing power is at the camera and even the most basic of NVRs can do 8MP at 30fps on all channels. I can’t say the same for that with an analog system at the same price point.”

Kelly believes that, at some point, things like ROI and TCO come down ultimately to usability. “The easier the system is to use — not for the technical buyer, but rather the daily operator — the more use the system gets. The better the all-around user experience is, the easier it is to scale into our larger system. Search is a big part of usability — the easier it is for the user to find the video they are looking for, the better the usability.”

In addition to retail, banking and finance, and casinos, Newman also sees room for growth among smaller businesses. IP cameras are still more expensive than analog cameras, but the cost is coming down, he says. He adds that there are plenty of smaller businesses like bars, restaurants and small offices that could benefit from analytics like people counting, demographics analysis, queue detection, and other tools. 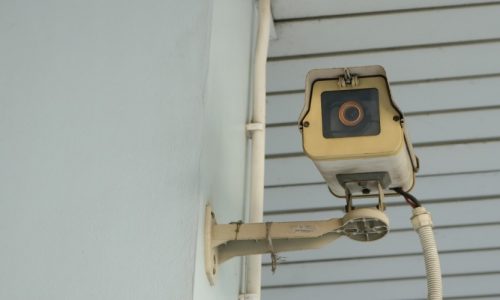 Related: 7 Reasons Your Customers Should Migrate From Analog to IP Video

Wilber points out that tech-savvy installers might look upon analog video systems as antiquated, but modern hybrid systems still offer a number of advantages to analog video users. “A hybrid system can offer the image clarity of an IP system, because modern HD analog cameras offer up to 8MP with cutting-edge low light performance due to night color and other low light technologies. So for many small businesses or applications, an HD analog hybrid system will provide the best ROI.”

Ultimately, the key is to look at camera deployments as a total solution, Newman says. “Prioritize being able to integrate them with things like access control, IP audio and other tools that add value. It’s also important to focus on the fact that IP cameras are far more future-proof and scalable than an analog system could ever hope to be — and devices that operate on an open platform offer virtually unlimited flexibility.

“It isn’t like the old days, where analog systems were mostly proprietary, locking customers into a single manufacturer’s product line. Today’s IP cameras provide integrators and their customers with an incredible variety of options to choose from, setting them up for success both now and in the future.”