Other top surveillance videos include a child porch pirate, the clumsiest waitress you’ve ever seen and more. 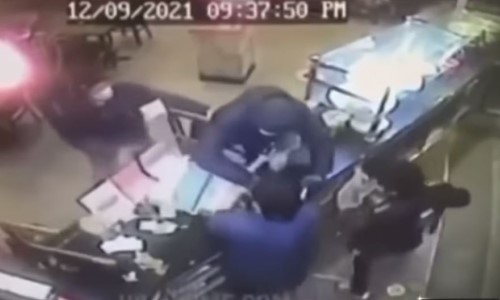 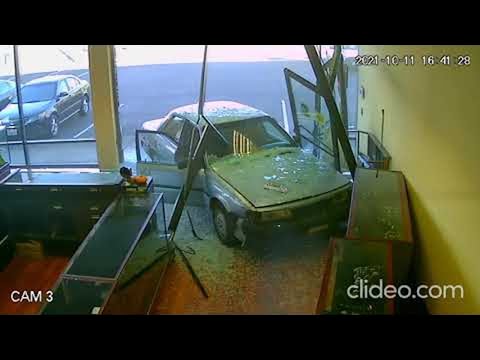 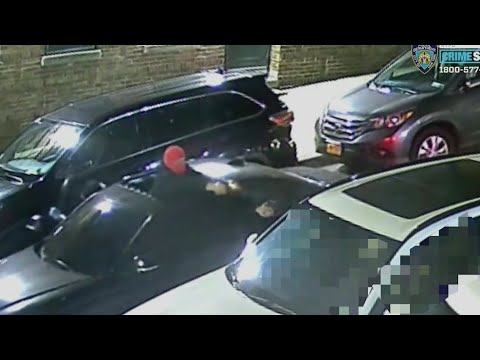 The teenage son of a Philadelphia pizza shop owner took a bold action when a suspect tried to rob his family’s business.

Surveillance video shows a man paying for his order. When the pizzeria owner opens the cash register, the man reaches over and attempts to take cash from the register. A struggle ensues.

Meanwhile, the owner’s 14-year-old son, who is standing nearby, quickly grabs a gun from under the counter. He struggles to get the gun out of the holster but eventually frees it and fires a shot at the suspect.

Police say the suspect fled but was found in a nearby subway station thanks to a trail of blood. Police also say the man was involved with a robbery at a pharmacy along with two other suspects.

The holidays are upon us which means it’s the busiest time of the year for porch pirates. An alarming surveillance video shows a child being ordered to steal a package from a doorstep.

An adult can be seen scouting the neighborhood before the child runs into frame. Another camera shows the child being instructed to grab an Amazon package from a doorstep.

Make sure to check out the rest of this week’s top surveillance videos, which include a real-life Grinches, a convenience store robbery gone wrong and more.